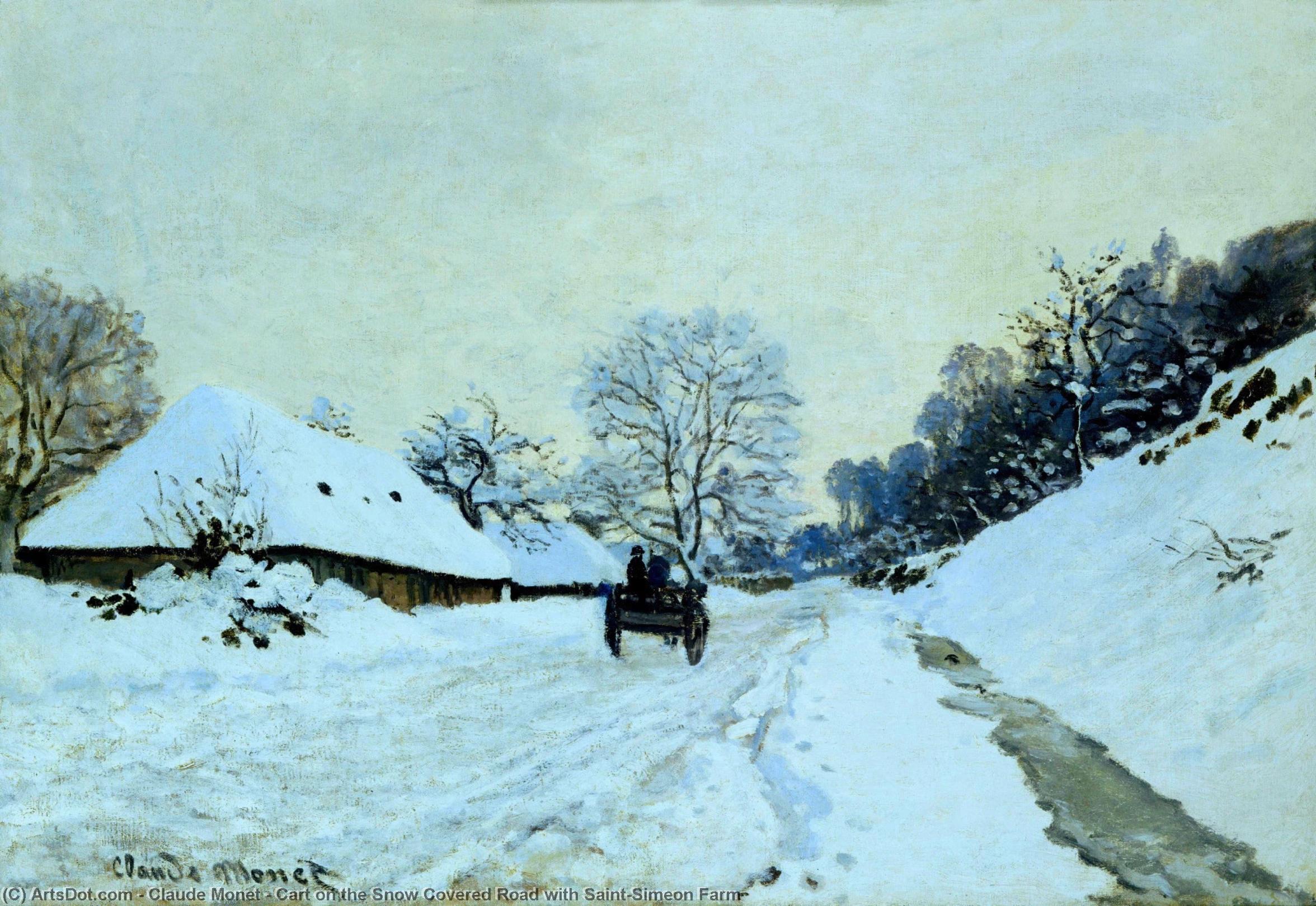 Cart on the Snow Covered Road with Saint-Simeon Farm

This view of Honfleur was dated 1865 by Monet, when the painting entered the Louvre in 1911. However, the letters of a local painter, Alexandre Dubourg, recalling the snowscapes painted by the artist in 1867, make this later date more likely. The roof on the left is probably the Saint-Siméon farm, the meeting place for the painters who at that time regularly worked and stayed in that part of Normandy: Troyon, Daubigny, Corot, Courbet, Boudin, Jongkind and Bazille...and of course Monet. With this choice of theme, Monet was following in the footsteps of Courbet who had tackled snowscapes in a number of genre scenes. But unlike the older painter, whose principal motif remained the stag and the hunter and who produced many anecdotal scenes, Monet painted an almost deserted landscape, where the cart and its occupant play a very minor role. Painting landscapes under snow gave Monet the opportunity to study the variations of light and to use different nuances of colour. Wishing to create a new representation of the countryside the artist used a limited number of shades. He preferred browns, the earth colours, and blues used in many different shades so that the ground is not uniformly white but iridescent with reflections. Monet painted several such "effects of snow" in the second half of the 1860s. The most remarkable of them is without doubt the famous Magpie (Musée d'Orsay), dating from the winter of 1868-1869. Moreover it was in December 1868 that he admitted in a letter to his friend Bazille that he found the Norman countryside "perhaps even more agreeable in winter than in summer...".