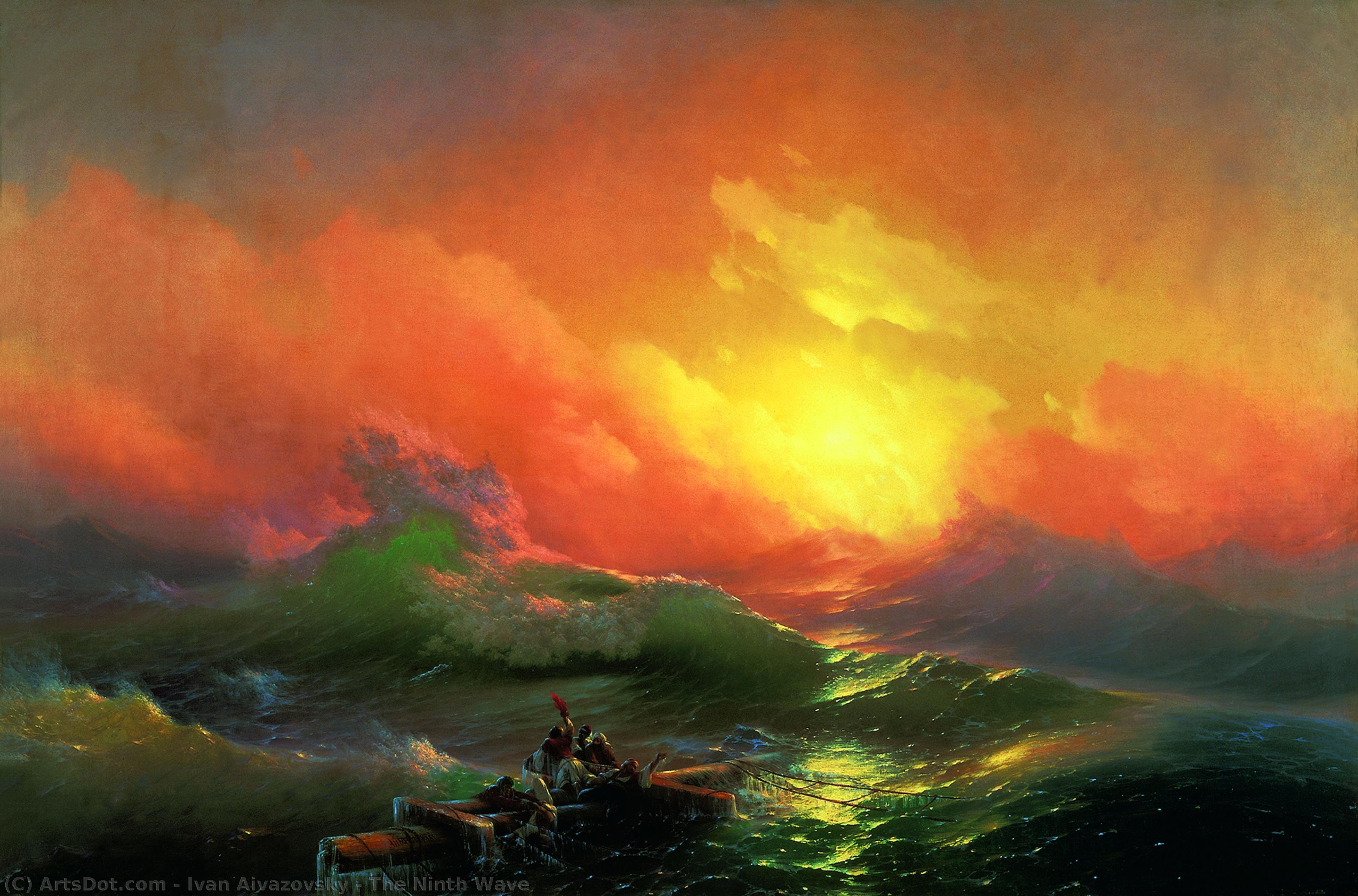 The Ninth Wave is perhaps the most impressive and well-known painting by Russian marine painter Ivan Aivazovsky; it was painted in 1850. It depicts a sea after a night storm and people facing death attempting to save themselves by clinging to debris from a wrecked ship. The painting has warm tones in which the sea appears to be not so menacing and giving a chance for the people to survive. This painting is sometimes called "the most beautiful painting in Russia". Both English and Russian titles refer to the nautical tradition that waves grow larger and large in a series up to the largest wave, the ninth (or tenth) wave, at which point the series starts again.