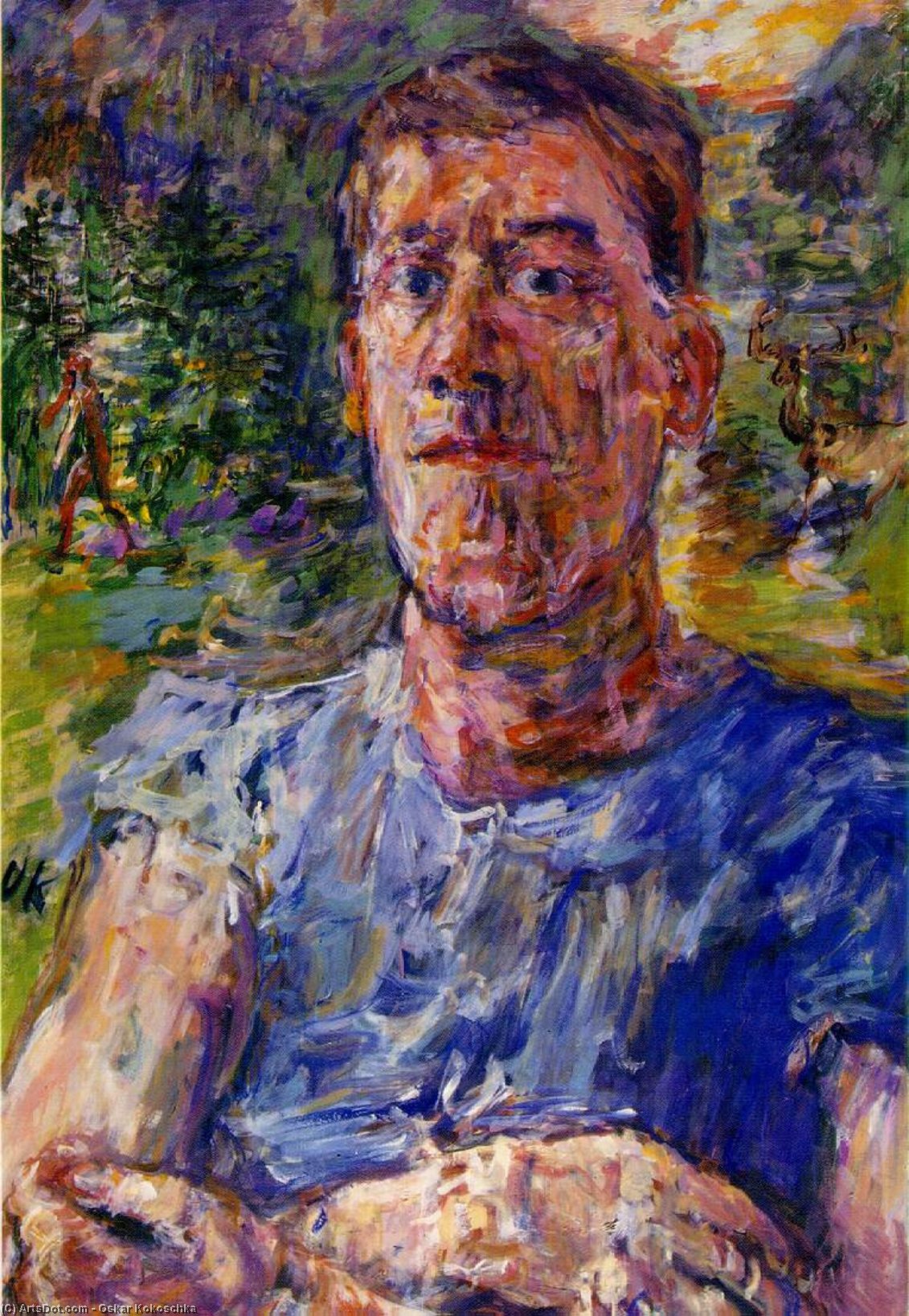 This is an original 1948 color print of a self portrait of a Degenerate Artist by Oskar Kokoschka. "Degenerate Artist" was a term the Nazis used during World War II to justify taking non Nazi Propaganda out of the museums. This piece was illustrated by Kokoschka, Oskar. Artist initials in print - bottom left of image. Oskar Kokoschka (March 1, 1886 Ð Feb. 22, 1980) was an Austrian artist, poet and playwright best known for his expressionistic portraits and landscapes. Kokoschka was born in Pöchlarn and made his early career doing portraits of Viennese celebrities. He served in the Austrian army in World War I and was wounded and diagnosed as mentally unstable. Despite the news, he continued to develop his career and traveled across Europe painting the landscape. He became a British citizen during World War II and 30 years later became a citizen of Austria again, only to move to Switzerland where he lived the rest of his life.