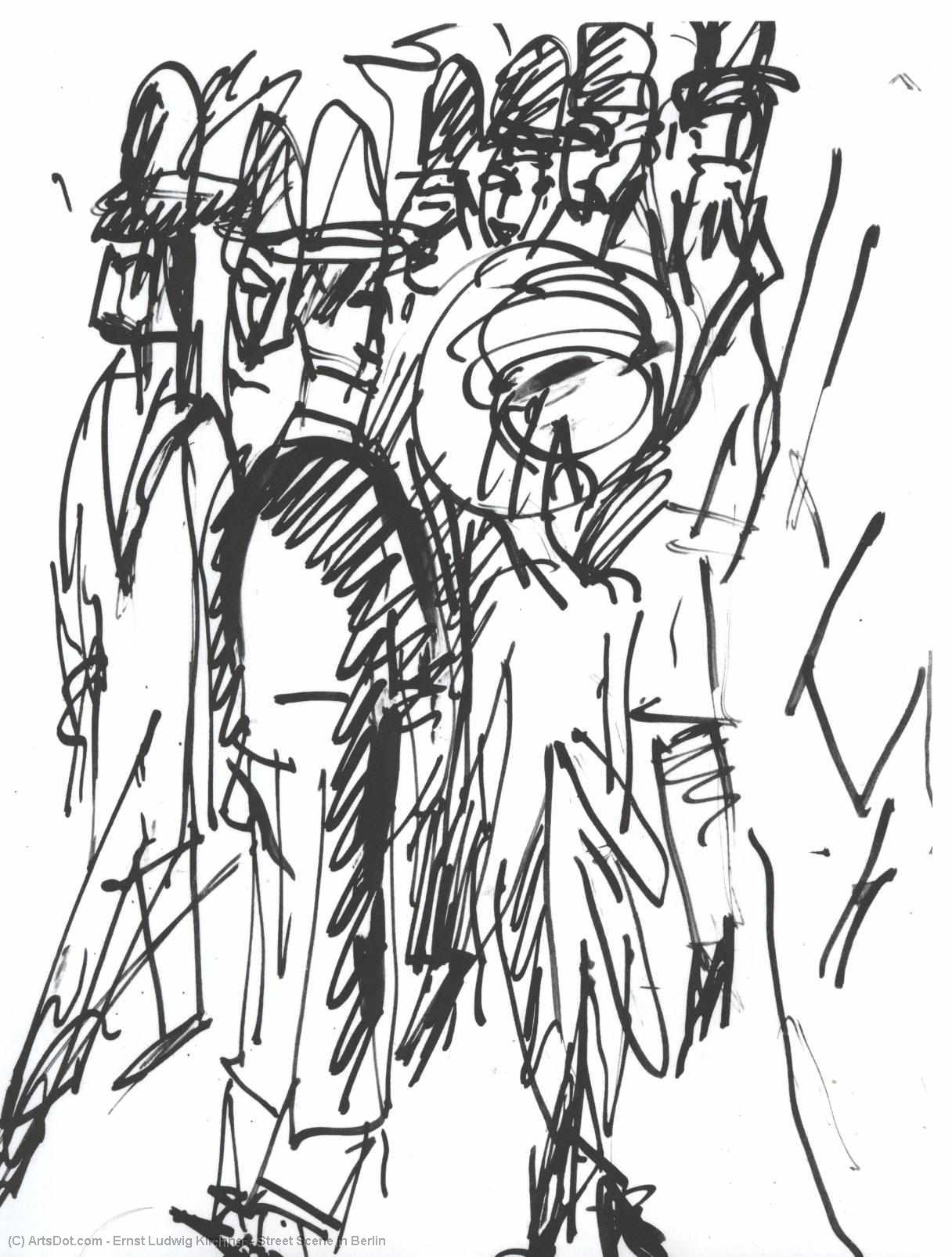 This exhibition brings together German Expressionist Ernst Ludwig Kirchner's renowned Street Scenes series, created between 1913 and 1915. Considered by many to be the highpoint of Kirchner's career as a whole, this series of seven paintings is showcased with sixty related prints and drawings. This series dates from Kirchner's Berlin period, when the effect of life in the metropolis brought about a dramatic change in his work. Known as the co-founder of the early Expressionist group Brücke, established in Dresden in 1905, Kirchner moved to Berlin in 1911. Here his sense of rebellion against the confining principles of academic painting and the stifling rules of bourgeois society took a new turn, as the charged atmosphere and energy of the city was felt in an expression of acute perspectives, jagged strokes, dense angular forms, and caustic color. The street life in Berlin, in particular the familiar presence of prostitutes, identified by their elaborate plumed hats, captured Kirchner's eye and inspired this spectacular series. Shown together for the first time in New York, these works exude the vitality, decadence, and underlying mood of imminent danger that characterized Berlin on the eve of World War I.