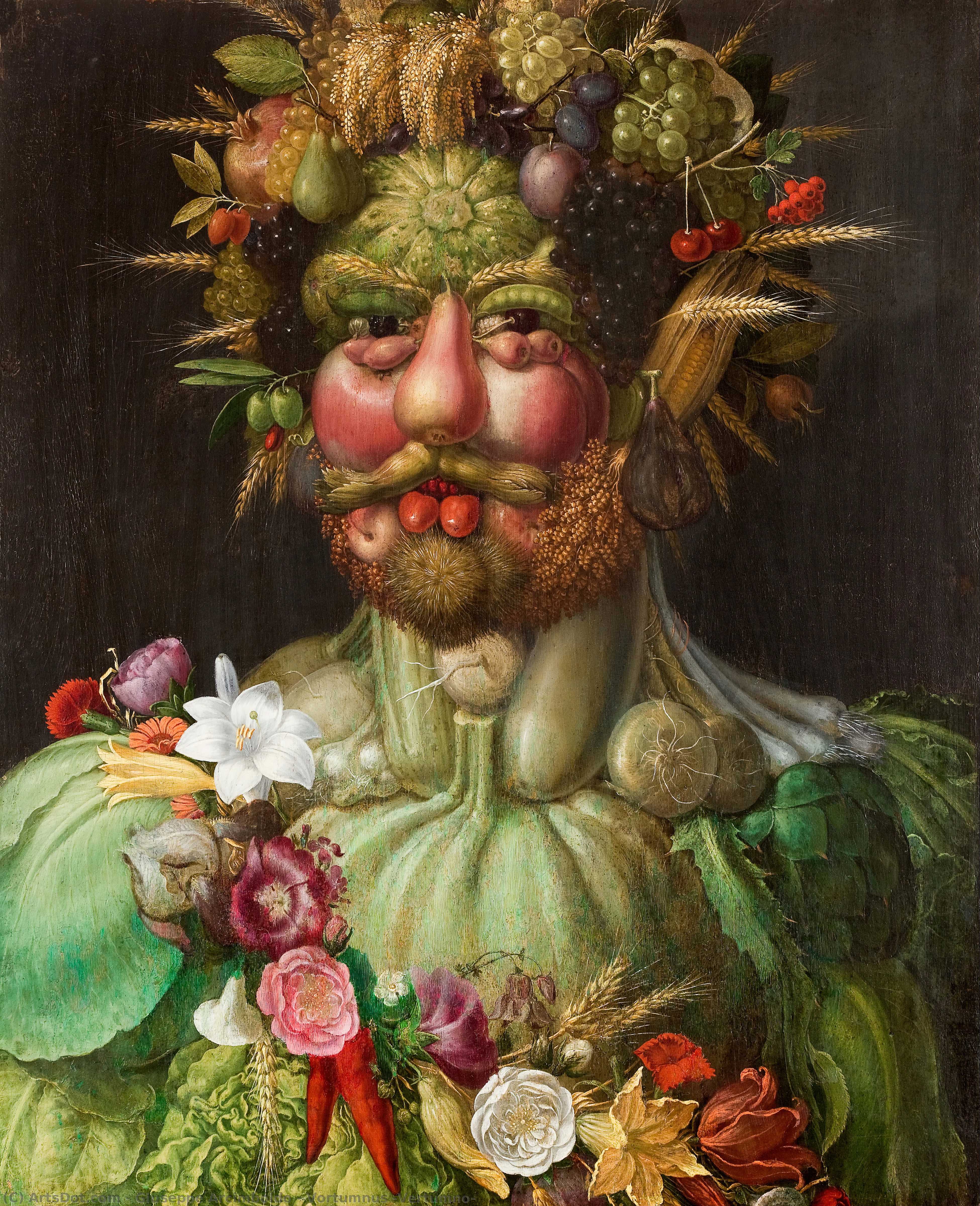 Vertumnus (Emperor Rudolph II) is a painting by Giuseppe Arcimboldo in the collection of the Skoklosters Slott, Bålsta. The inspiration of painting comes from god of seasons, Vertumnus, who was supposed to have power to change his form at his will. The painting displays Emporer Rudolph II with fruits, vegetables and flowers all over his body in place of skin, muscles and hairs. The style of painting is Mannerism primarily influenced by Late Renaissance made on wood with use of oil technique with dimensions 68 cm by 56 cm. It is regarded as symbol of prosperity in farmers in 16th century. Emporer Rudolph II von Hapsburg is portrayed as Vertumus, the god of seasonal change. The painting symbolizes the soverrign's role as a synthesis of the cosmos and an emblem of man as microcosm. According to Lomazzo, Rudolph II had asked the artist to make something amusing for him. The protean versaility which mythology ascribed to Vertumnus is attributed in this act of homage to the Emperor, with his vast variety of different fields of influence and activity.