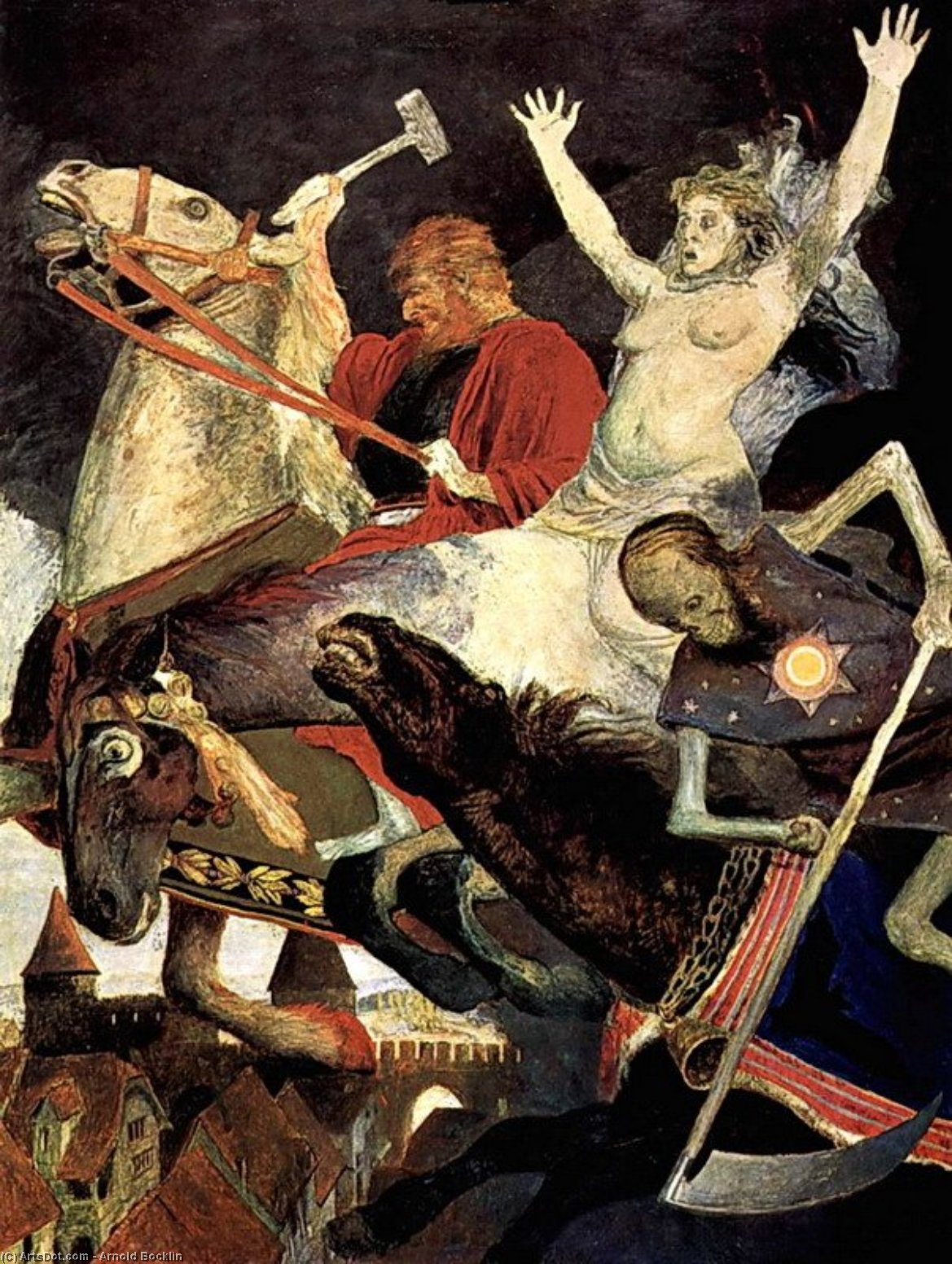 This painting shows the obsessions of the painter: war, plague and death. In this scene, the Black Death is represented by Death holding a scythe and devastates everything in its path. In the background, a huge cloud of smoke towards which indicates that Death mankind is driven to the Apocalypse. It is the representation of the plague, terrifying disease that decimated European populations until the eighteenth century, also hit the spirits. Therefore, the images of the plague, highly symbolic, are numerous in the art. Plague appears as a punishment, a divine scourge. It has exacerbated the collective imagination and embodies the absolute evil. The iconography of the plague is therefore a function of witness and a symbolic function transfiguration of reality and horror and reflects the complex relations of men to the epidemic, to evil, to death.