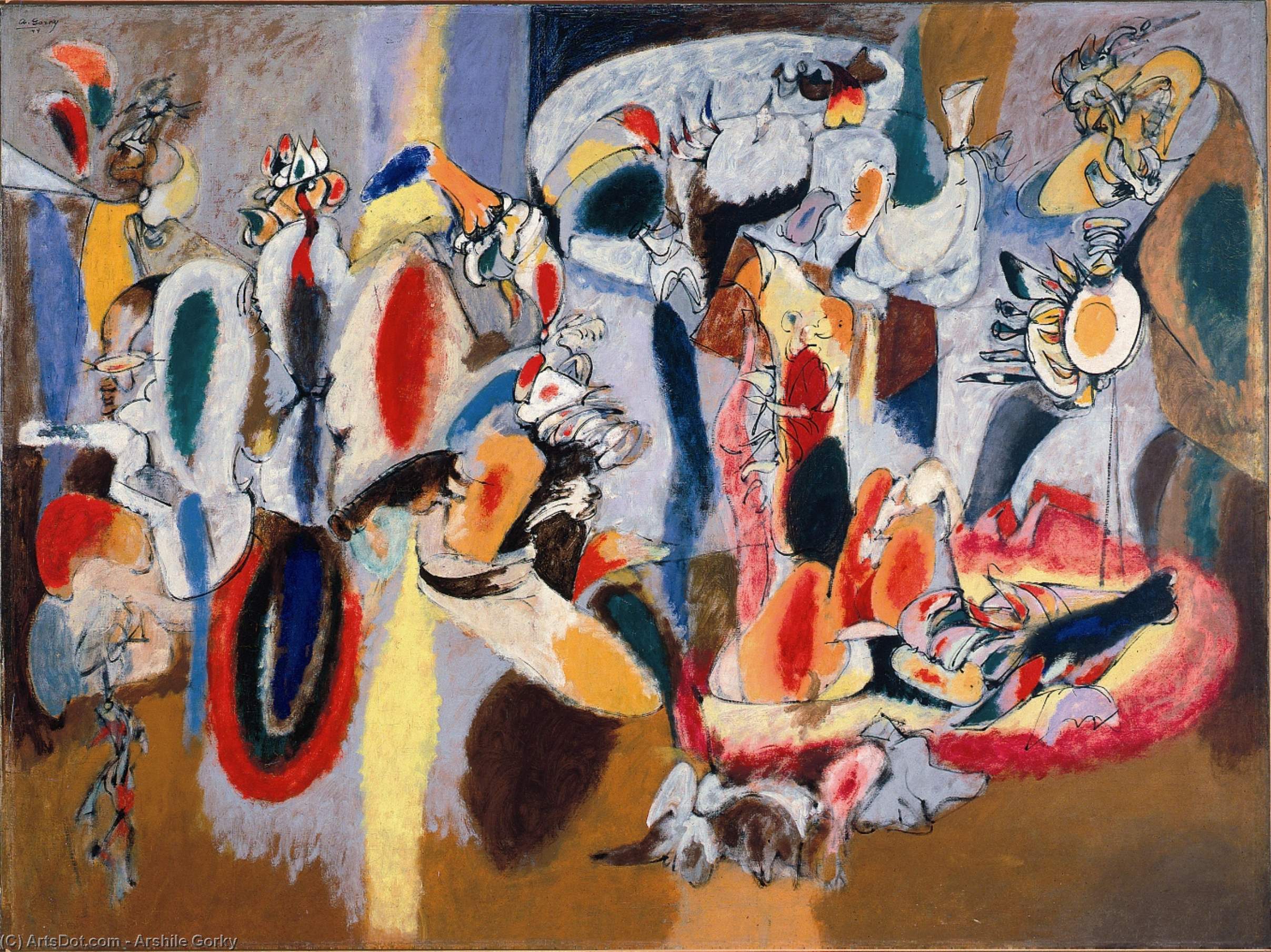 The Liver is the Cock's Comb

This painting contains many veiled references to Gorky's life and history, while it simultaneously creates visual puns and double meanings that function on many levels. The liver is often referred to in ancient texts as the center for passion, instead of the heart. The "cock's comb" is both the headdress, and a kind of feathered genitalia for the figure on the right, becoming a dual sign of the mind and body, both of which are incorporated in the process of painting. The vanity of the headdress and an excessive pride in masculinity are both lightly mocked as signs of the artist's ego (the cock's comb), while intimating in a much more serious vein that living itself is vanity (the "liver" meaning "one who lives"). In a letter to his sister describing this painting, Gorky claimed that he was repossessing in his art "our beautiful Armenia which we lost." The paintings of this period also all contain references to his wife and child, who were immensely important to the artist. Thus Gorky disguises figures and images from his life, describing them with flowing lines that remain independent from the brilliant, voluptuous color. What appears on the canvas as a spontaneous explosion of line and color is actually a carefully premeditated and highly symbolic collection of images from a turbulent, emotional life.