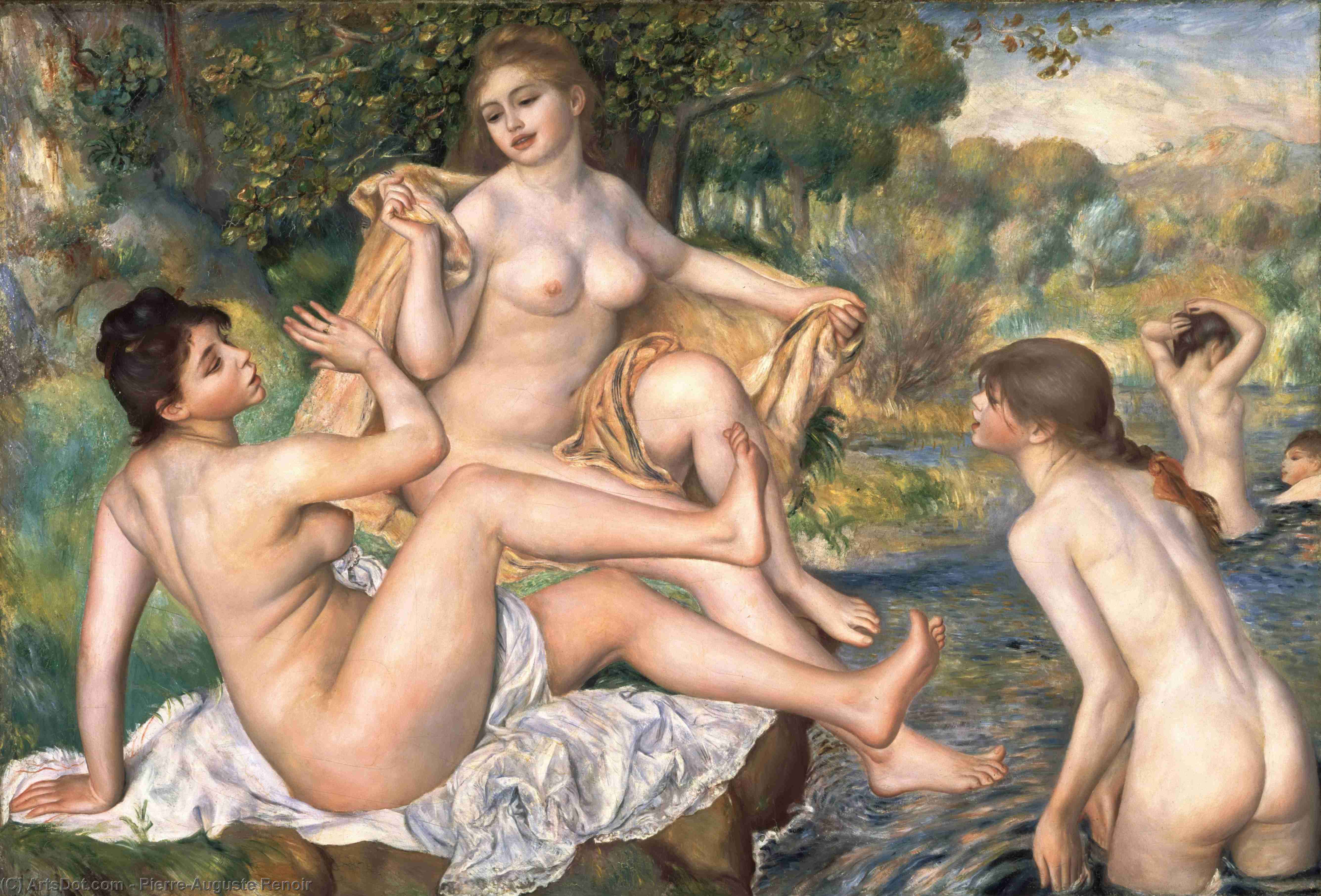 The Great Bathers (The Nymphs)

The Bathers (French: Les Baigneuses) is an oil painting on canvas made between 1918 and 1919 by the French painterPierre-Auguste Renoir. After being giving to the State by his three in 1923, it is currently kept at the Musée d'Orsay in Paris. There are two groups of naked women: two models lying in the foreground plus three bathers in the background, on the right. One of the models of this painting is the Andrée Hessling, who became the first wife of Renoir's son, Jean. The natural setting displaying in the painting was the large garden of the house owned by the painter in Cagnes-sur-Mer. In the painting, Renoir removed any reference to the contemporary world and showed "a timeless nature". The theme of the bather is predominant in the final season of Renoir's paintings: the women portrayed by the painter are free and uninhibited. These bathers are "melted in the nature and the forms merge with the trees, flowers and the shares of red water". The painting received criticism because of "the enormousness of the legs and arms, the weakness of flesh, and the pinkish color of the models".