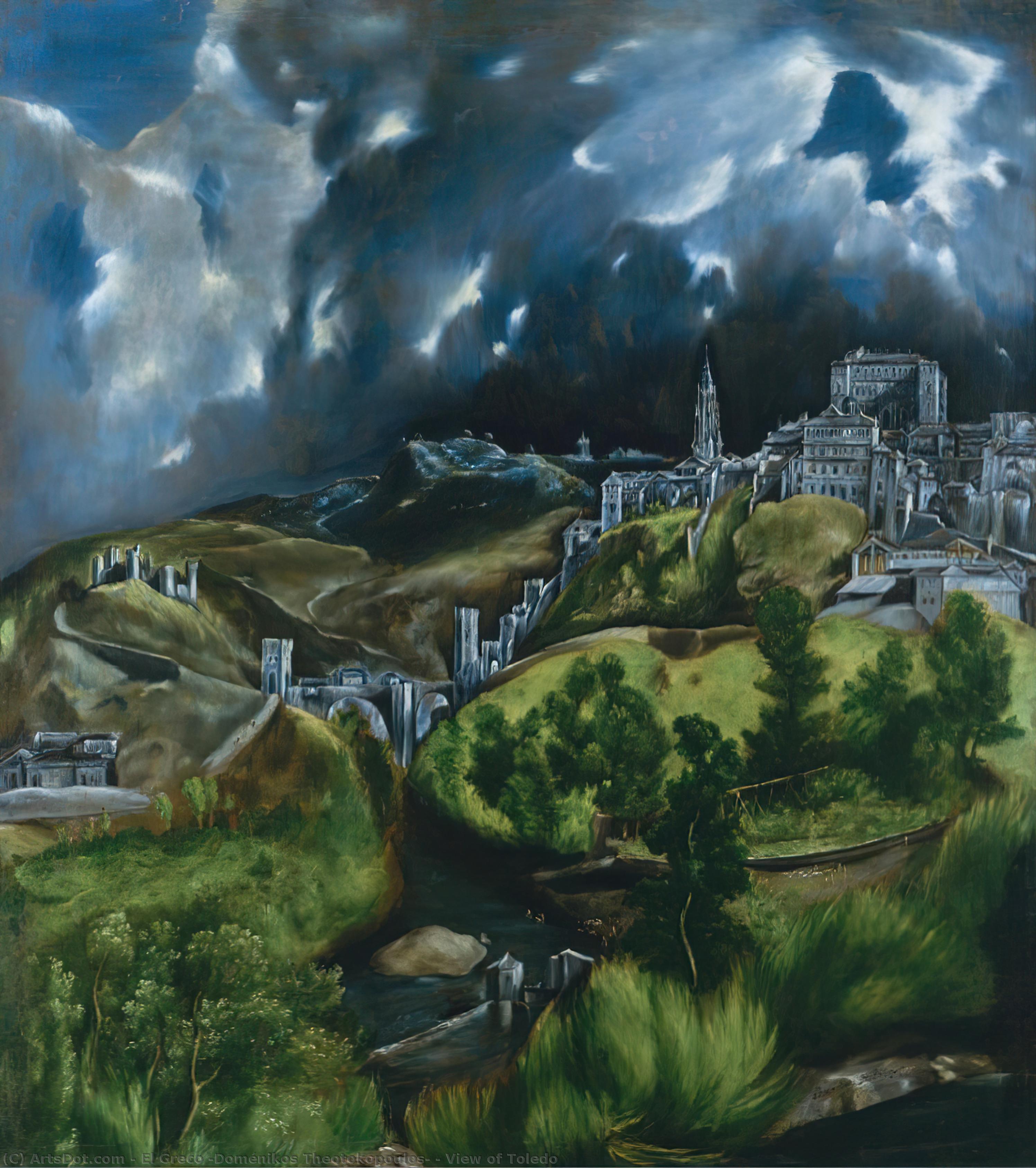 View of Toledo, is one of the two surviving landscapes painted by El Greco. The other, called View and Plan of Toledo lies at Museo Del Greco, Toledo, Spain. Along with Vincent van Gogh's The Starry Night, some landscapes by William Turner, and some works by Monet, it is among the best known depictions of the sky in Western art, and features sharp color contrast between the sky and the hills below. Painted in a Mannerist (or Baroque) style, the work takes liberties with the actual layout of Toledo (some buildings are depicted in different positions than their actual location, but truthfully depicts on the side the Castle of San Servando). It is signed on the lower right corner by El Greco.