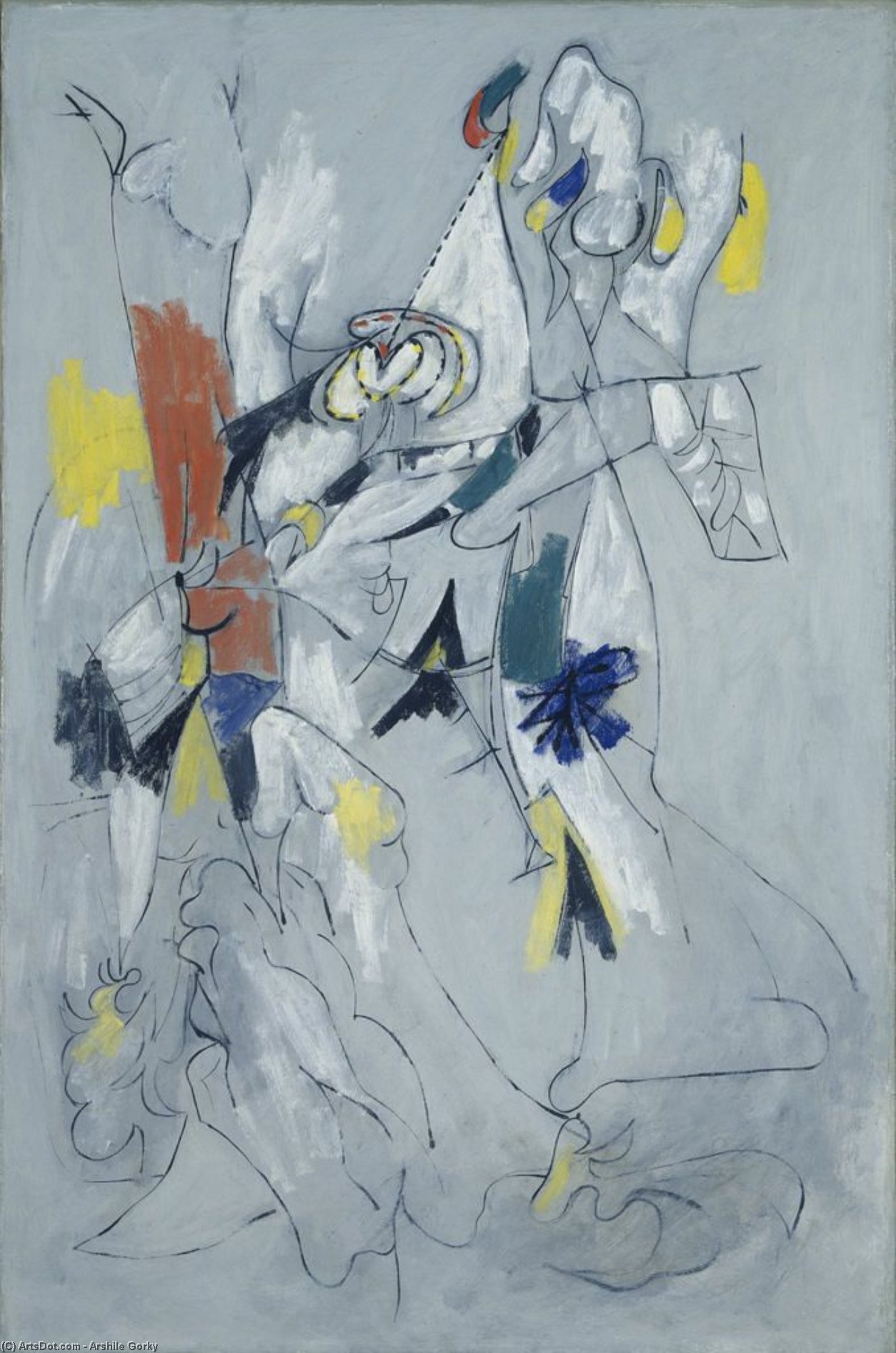 The Waterfall is mid 20th century painting by Armenian American artist Arshile Gorky. The dimension of painting is 96.8 cm by 24 cm and is housed in Hirshhorn Museum and Sculpture Garden in Washington DC. It is an oil painting based on surrealism style and abstract genre. Waterfall was developed from some actual scene. The figures in the painting are not distortions, nor do they correspond only diagrammatically to people, but they do sustain the presence of the representational figure, partaking of height width, volume, and to a limited extent, personality. They certainly possess gender and are not merely ciphers for "people". In the upper centerm at the right base of a triangle near the top, rests a dark blue-green circle that denotes the head of a man. Beneath the head are two arms, green oblongs, that rest horizontally on the shoulders of a woman. The couple is more detailed than spontaneous abstraction would seem to allow.