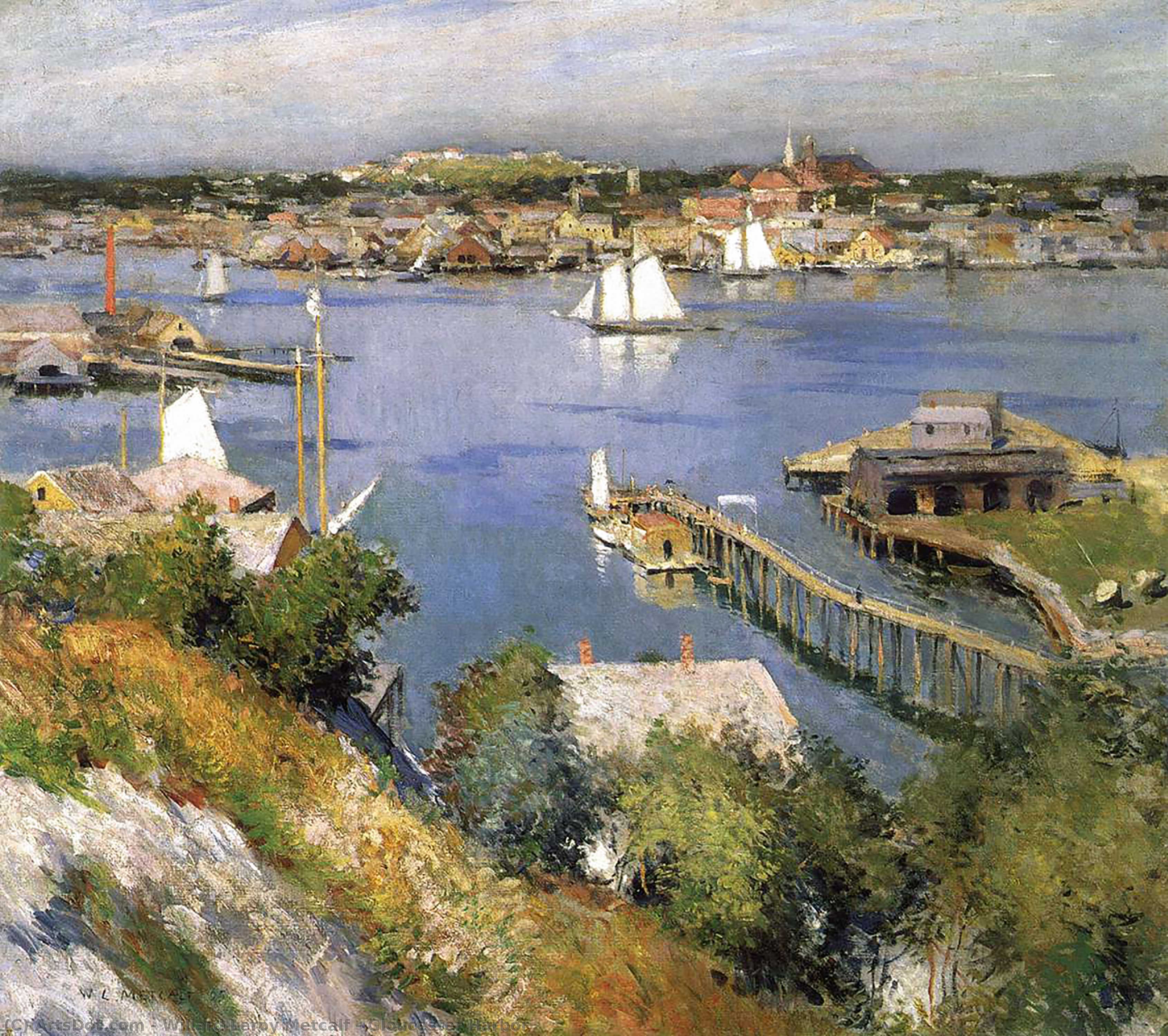 This luminous seascape by Willard Metcalf depicts the harbor of picturesque and storied Gloucester, Massachusetts, a popular destination for many American artists throughout the nineteenth century. Metcalf’s generally light palette and broken, but controlled brush marks reveal his study of French Impressionism, which was enhanced by visits to Giverny, France, home of Claude Monet. Adapting Impressionist techniques, the artist rendered shapes through his composition rather flatly, resembling interlocking puzzle pieces. Gloucester Harbor received a prominent award in 1896. Metcalf’s achievement was one of numerous signs late in the century that audiences had grown to prefer scenes of pleasing, familiar environs over grandiose landscape paintings, such as those produced by the members of the Hudson River School.