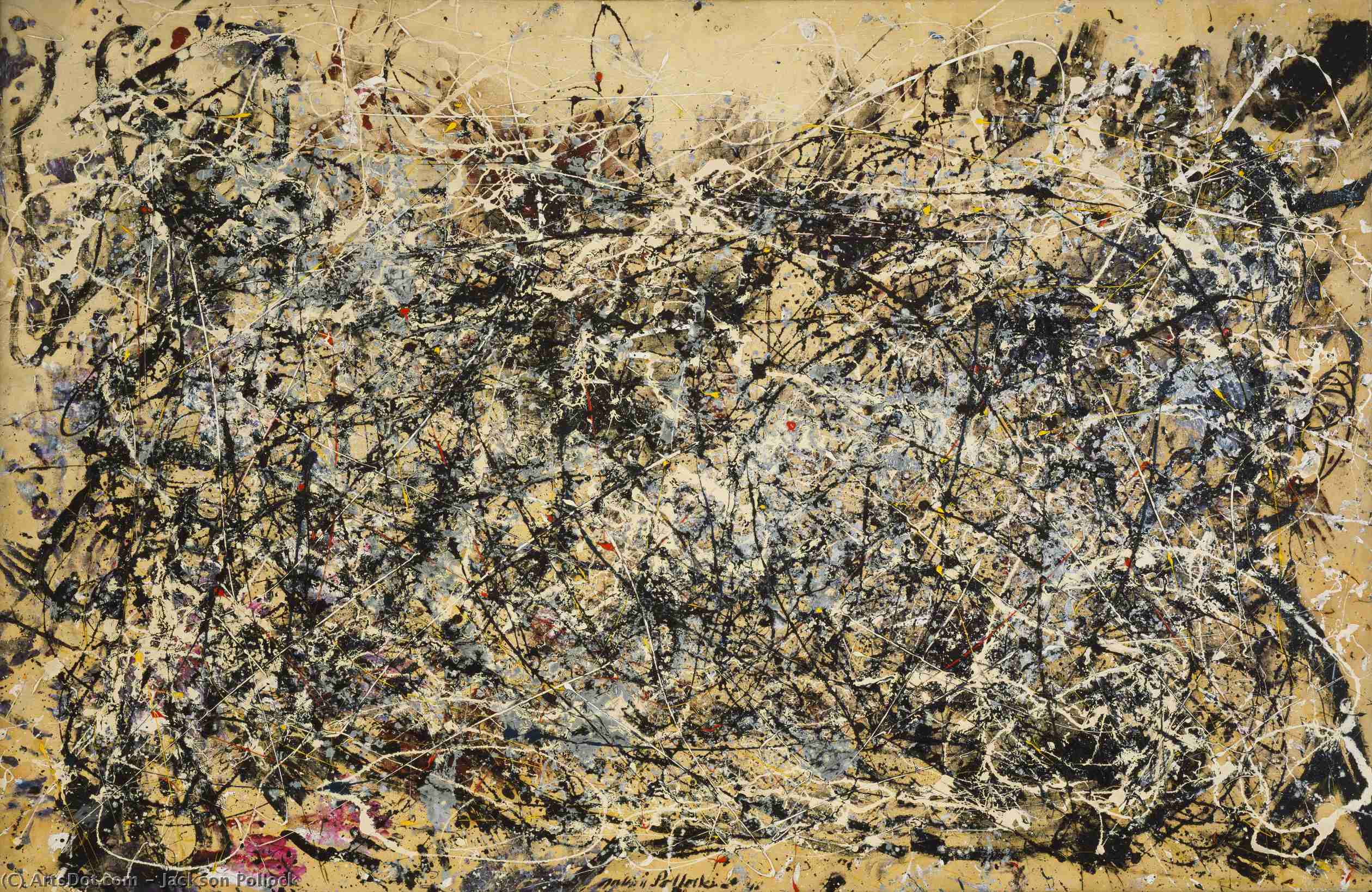 No. 5, 1948 is a painting by Jackson Pollock, an American painter known for his contributions to the abstract expressionist movement. The painting was done on an 8' × 4' sheet of fiberboard, with thick amounts of brown and yellow paint drizzled on top of it, forming a nest-like appearance. It was originally owned by Samuel Irving Newhouse, Jr. and displayed at the Museum of Modern Art before being sold to David Geffen and then allegedly to David Martinez in 2006 (though the supposed sale of this painting to Martinez has been denied by his attorneys). According to a report in The New York Times on November 2, 2006, the painting was sold by David Geffen, founder of Geffen Recordsand co-founder of Dreamworks SKG, to David Martinez, managing partner of Fintech Advisory Ltd, in a private sale for a record inflation-adjusted price of $140 million.] The sale was reportedly brokered by Sotheby’s auctioneer Tobias Meyer, however, the law firm ofShearman & Sterling, LLP, issued a press release on behalf of its client, David Martinez, to announce that contrary to recent articles in the press, Martinez does not own the painting or any rights to acquire it. It is speculated that Geffen sold the painting, along with two others, to raise enough funds to bid for the Los Angeles Times. Martinez has reportedly been amassing an art collection, buying multiple modern artworks in recent years. This sale would make the painting the second most expensive ever sold, privately or at auction, exceeding the sale of Gustav Klimt's 1907 Portrait of Adele Bloch-Bauer I to Ronald Lauder, heir to the Estée Lauder Companies fortune, by around five million dollars, trailing only the sale of The Card Players to the Royal Family of Qatar reportedly for between $250 to $300 million. David Cook, deputy director of painting at Sotheby's Australia, stated that the price of Pollock's paintings will continually rise in value, as very few of Pollock's paintings are still left. Cook has also stated that another of Pollock's paintings, Blue Poles, is worth at least 180 million AUD and possibly even more than No. 5, 1948. In addition to the refutation issued by Shearman & Sterling, the auction expert Josh Baerindicated that Martinez was not the buyer of the painting.