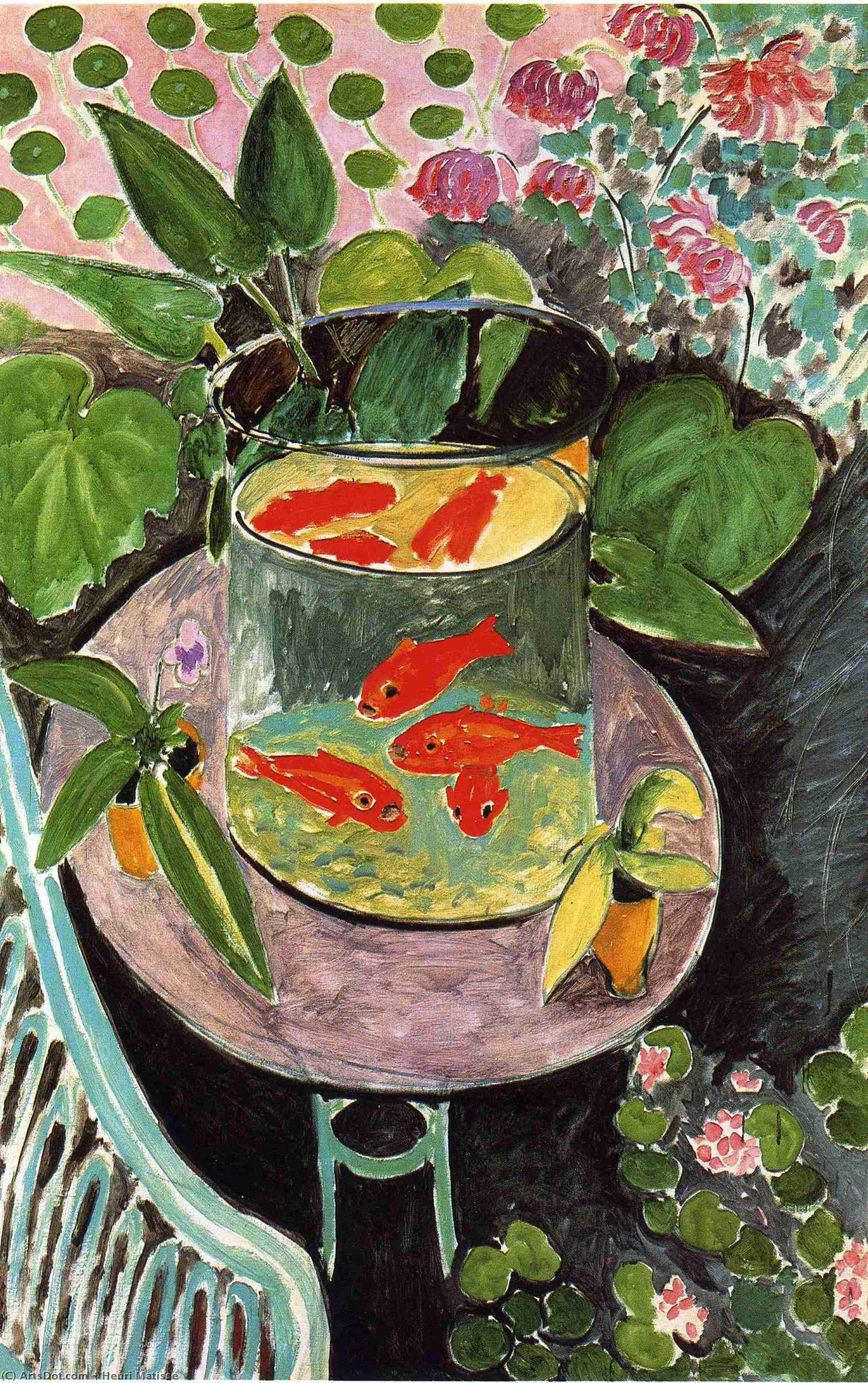 Like his contemporaries, Matisse was aware of the liberating aesthetic and picture making influence of Japanese art on his predecessors from the impressionists to the postimpressionists. The following painting, The goldfish 1912, is possibly inspired by the many oriental images of goldfish that he would have seen. Their careful placement implies movement, adding life to the composition. The subject, a still life with goldfish, is an ecstatic celebration of domestic life. Unlike some of his fauve paintings, the colours seem to be descriptive but nevertheless enhanced. The paint is applied thinly to reveal the white canvas surface, which adds sparkle to the colours. This technique also reveals the artist's gestures as he applied the paint, which also implies movement and energy. Black paint provides contrast and strengthens the impact of the colours.The drawing is loose but closely observed and captures the character of the individual forms. Matisse's goldfish bowl is drawn with accurate ellipses that extend to the table surface and below, locating the viewer above the bowl where the images of the goldfish are refracted on the water's surface