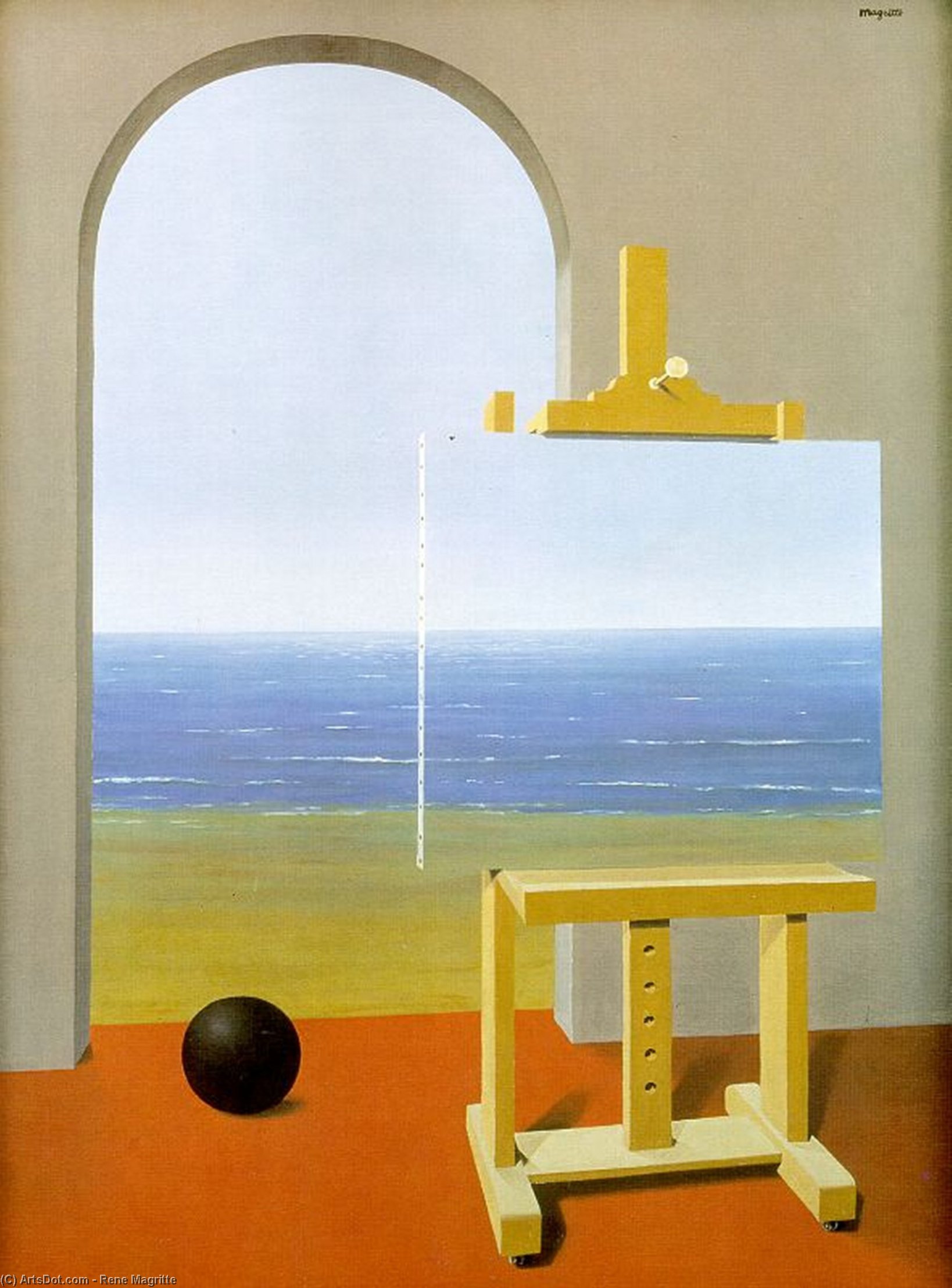 The Human Condition (La condition humaine) generally refers to two similar oil on canvas paintings by the Belgiansurrealist René Magritte. One was completed in 1933 and is in the collection of the National Gallery of Art in Washington DC. The other was completed in 1935 and is part of the Simon Spierer Collection in Geneva, Switzerland. A number of drawings of the same name exist as well, including one at the Cleveland Museum of Art. One of Magritte's most common artistic devices was the use of objects to hide what lies behind. For example, in The Son of Man (1964) an apple hides the face of a bowler-hatted man and in The Pleasure Principle (1937) a bright flash likewise obscures a face. In The Human Condition, the cover-up appears in the form a painting within a painting. Magritte had this to say of his 1933 work: In front of a window seen from inside a room, I placed a painting representing exactly that portion of the landscape covered by the painting. Thus, the tree in the picture hid the tree behind it, outside the room. For the spectator, it was both inside the room within the painting and outside in the real landscape. Paintings within paintings appear frequently in Magritte works. Euclidean Walks (1955) is a work perhaps most like The Human Condition. It places a canvas in front of a high window depicting the tower of a close building and a street below. InThe Fair Captive (1947), there is a beach scene with an easel set up. As in the previous cases it holds a canvas depicting what the viewer might expect to be behind it. This time though, flames from a burning tuba in front of the frame are seen "reflected." The Call of the Peaks (1942) shows a mountain canvas in front of a mountain background which is buffeted on the right by a curtain. The list of similar works can easily be extended to include such paintings as The Key to the Fields (1936), its 1964 reincarnation Evening Falls and the 1942 work The Domain of Arnheim, all of which feature broken windows whose shattered glass pieces on the floor still show the outside world they used to conceal. Another series of pieces which show both strong similarities and strong differences from The Human Condition are the works titled The Alarm Clock. In these works, a painting is placed on an easel in front of a window or on a balcony with a simple landscape in the background. However, the painting does not show what may possibly be behind, but is instead an upside-down basic fruit still life.