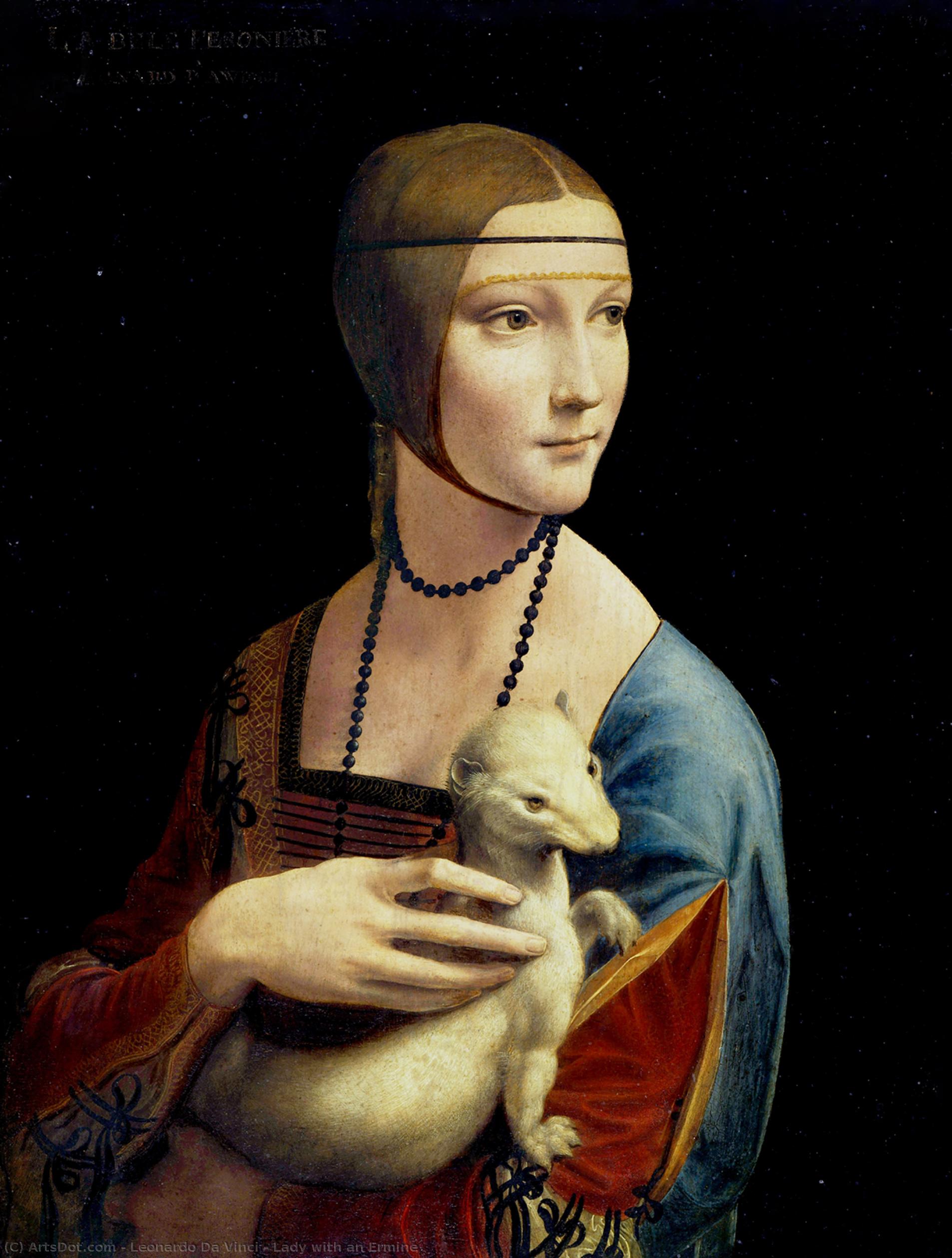 Lady with an Ermine

The small portrait generally called The Lady with the Ermine was painted in oils on wooden panel by Leonardo da Vinci. At the time of its painting, the medium of oil paint was relatively new to Italy, having been introduced in the 1470s. The sitter has been identified with reasonable security as Cecilia Gallerani, who was the mistress of Leonardo's employer, Ludovico Sforza, known as "Il Moro" (which means "the Moor"). At the time of her portrait, Cecilia was about sixteen. She was one of a large family, neither rich nor noble. Her father served for a time at the Duke's court. Cecilia was renowned for her beauty, her scholarship, and her poetry. She was betrothed at the age of about ten years to a young nobleman of the house of Visconti, but the marriage was called off. Cecilia became the mistress of the Duke and bore him a son, but he chose to marry a girl from a nobler family, Beatrice d'Este. The painting shows a half-length figure, the body of the young woman turned at a three-quarter angle towards her right, but her face turned towards her left. Her gaze is directed neither straight ahead, nor towards the viewer, but towards a "third party" beyond the picture's frame. In her arms, Cecilia holds a small white-coated stoat, known as an ermine. Cecilia's dress is comparatively simple, revealing she is not a noblewoman. Her coiffure, known as a coazone, confines her hair smoothly to her head with two bands of hair bound on either side of her face and a long plait at the back. Her hair is held in place by a fine gauze veil with a woven border of gold-wound threads, a black band, and a sheath over the plait.