Homepage Salvador Dali Velazquez Painting the Infanta Margarita with the Lights and Shadows of His Own Glory, 1958

Velazquez Painting the Infanta Margarita with the Lights and Shadows of His Own Glory, 1958 – (Salvador Dali) ◄ Previous Next ► 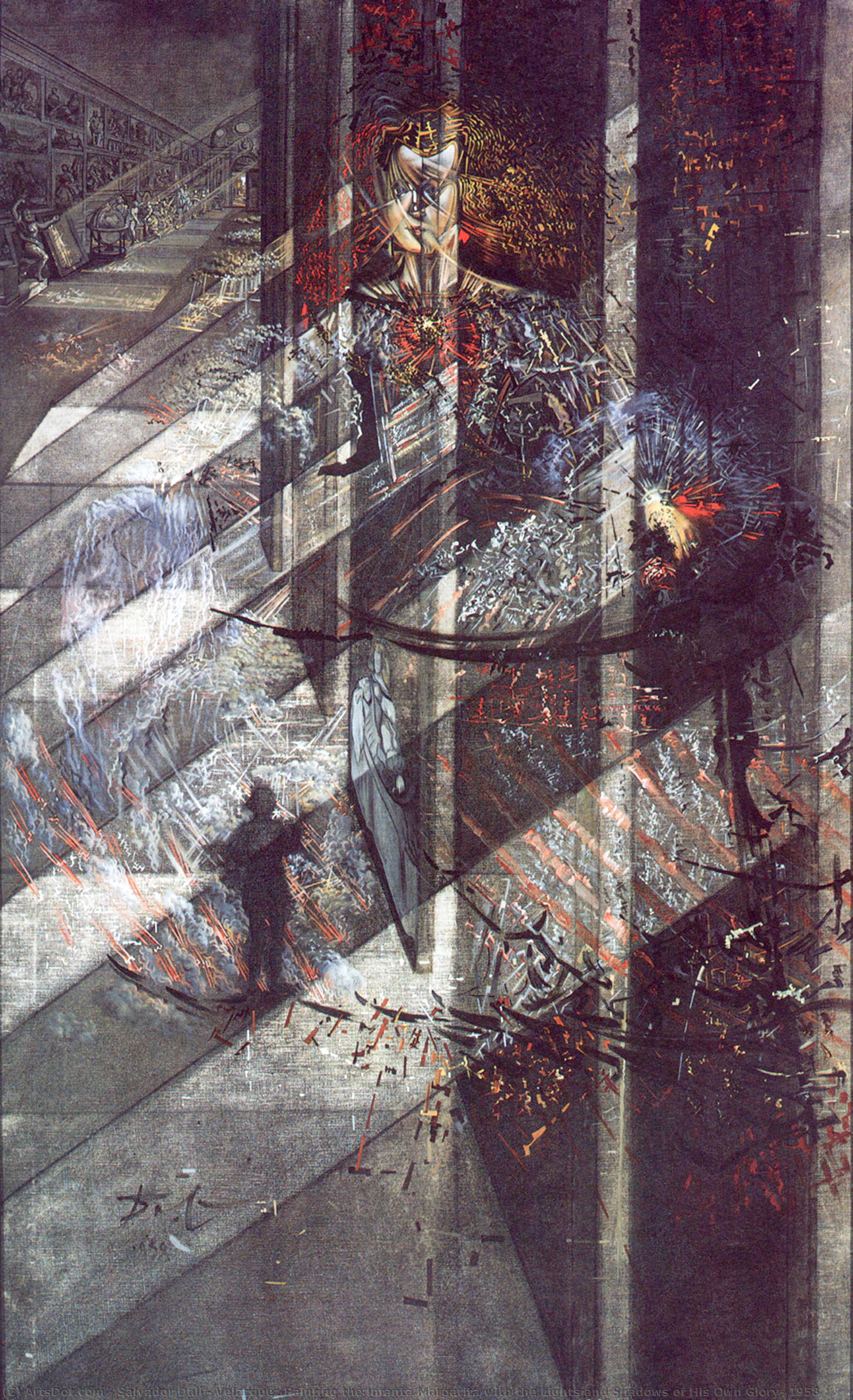 This painting depicts the Spanish Princess Margarita, or “the Infanta,” as she was called. The daughter of King Felipe IV of Spain, Margarita was immortalized by the court painter Velázquez in his famous royal family portrait, Las Meninas. This masterpiece of the Princess and her “ladies in waiting” now hangs in the Prado Museum in Madrid. Dali admired Velázquez and rated him as one of the greatest painters of all time. To demonstrate his admiration, in this work he paints the silhouette of Velázquez painting a portrait of the Infanta. Dali also admired the Kings and Queens of Spain, and was a supporter of the monarchy and of the idea of aristocracy. Some, who held more democratic views, disagreed with Dali’s politics. Dali liked the way Velázquez’s brush moved the paint wildly and loosely across the canvas. He thought the brush strokes looked like the chaotic movement of atomic particles. Following the invention and use of the first atomic bomb, Dali became obsessed with atomic energy. While many people were terrified of its dangers, Dali found the atomic composition of the world to be like a glimpse of the Divine. He paints a large, colorful Infanta Margarita as an explosion of tiny “atoms” of paint. The style requires that you stand back in order to recognize the large Infanta. Things look different up close than they do from far away, and this is one of the themes of Dali’s paintings. In the same way he sometimes makes a landscape.