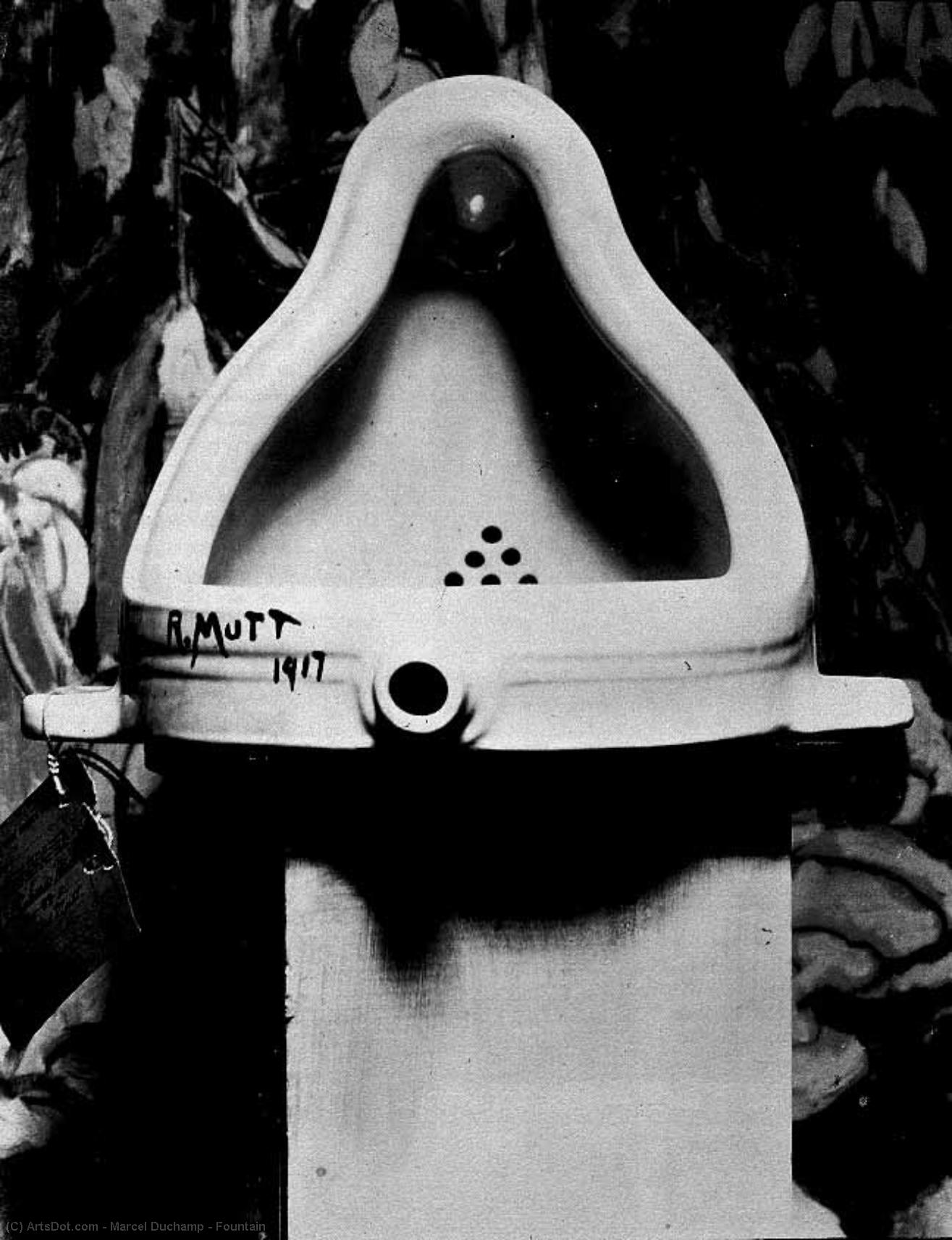 It is one of the pieces which Duchamp called readymades (also known as found art), because he made use of an already existing object—in this case a urinal, which he titled Fountain and signed "R. Mutt". The art show to which Duchamp submitted the piece stated that all works would be accepted, but Fountain was not actually displayed, and the original has been lost. Replicas commissioned by Duchamp in the 1960s are now on display in a number of different museums. Of all the works in this series of readymades, Fountain is perhaps the best known because the symbolic meaning of the toilet takes the conceptual challenge posed by the readymades to their most visceral extreme. In December 2004, it was voted the most influential artwork of the 20th century by 500 selected British art world professionals.