My Dress Hangs There – (Frida Kahlo) ◄ Previous Next ► 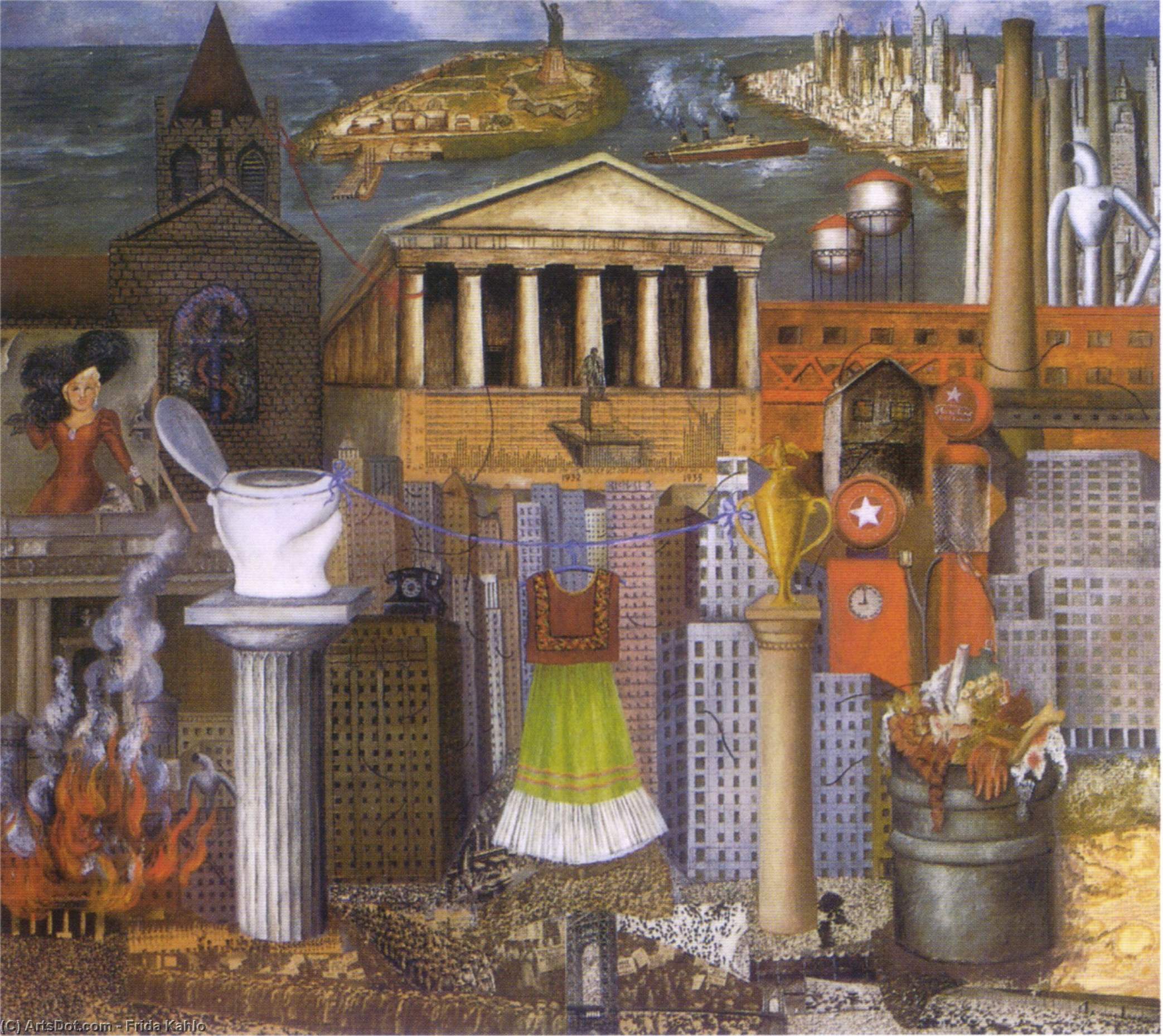 Frida Kahlo painted what she knew. Most of her works were reflections about her own life and what she was going on in her personal life. When Frida Kahlo went to New York with her husband in 1933, for there second visit, she began painting My Dress Hangs There. This painting portrays Frida's feelings on the border crossing between Mexico and the United States. This border crossing is what Frida had been experiencing for the past three years as she traveled back and forth between Mexico and the United States. In the painting My Dress Hangs There, however, the painting contains some remnants of herself, or of some woman, but the mainly the painting is taken over by buildings and factories, which are to represent the United States. The few indications of a woman's existence in this painting are shown through the image of a dress, that appears to be the traditional Mexican style, as Frida would have worn, hanging on a clothes line, a peeling picture of Mae West, a big New York actress of the time, and the statue of liberty in the distance. The dress hangs empty however, and the painting is peeling away, as well as the statue of liberty being far away in the background. These three remnants of a female, gives the indication of the absence of women in the painting, instead of a presence of one. What dominates the painting is the presence of buildings and machines. The painting portrays America, with the advancing technology and growing cities. By hanging the vibrantly colored dress between a toilet bowl on a pillar and a golf trophy on the other pillar, Frida mocks the American obsession with technology and sports. The toilet bowl crudely suggests the advanced technology of the time period in the U.S. and the golf trophy indicates the importance of national sports to the American culture. Frida's cynical portrayal of America come together in a collage of images and symbols. Again, like many of Frida's paintings around this time period, she contrasts the importance of the earth and the female nurturer of Mexico, with the man and machine of the United States. This theme, was a big focus for Frida during and after her trip to the United States. My Dress Hangs There, really captures all of the works that Frida did on this topic and also how she felt about crossing the border herself. Not only does the painting bring up the issues of borders and what is on either side but also it touches on what these borders mean for women and what Frida's experience in the United States was like.