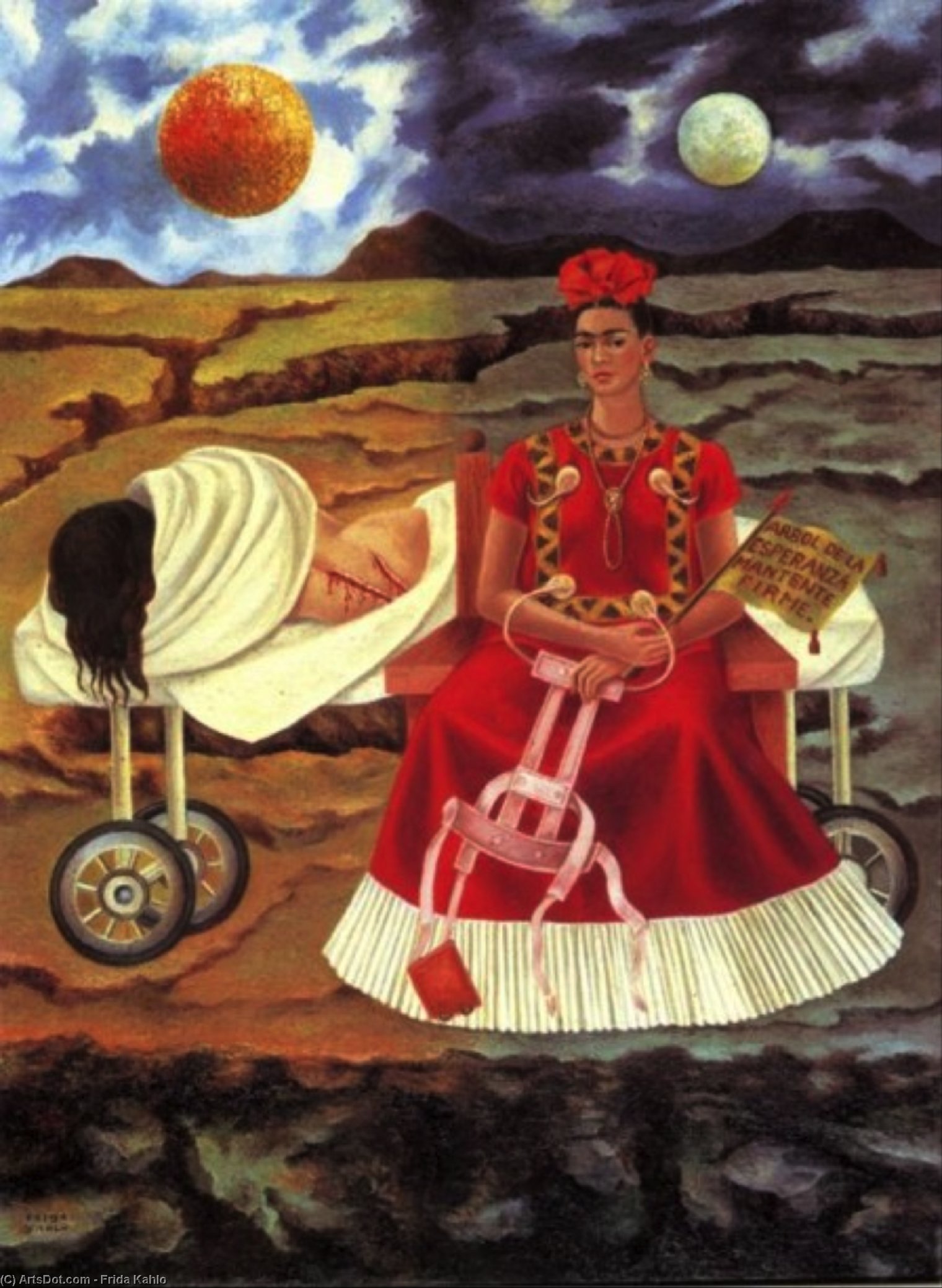 Frida painted this self-portrait for her patron, the engineer Eduardo Morillo Safa, after a botched operation in New York. She wrote to him about the painting and about the scars "...which those surgeon sons of bitches landed me with". In the message "Tree of Hope, Remain Strong", which is written on her flag, she seems to be giving herself courage. The phrase is taken from one of her favorite songs, "Cielito Lindo". In this painting we see two Fridas; the one on the left is the Frida who has just been rolled out of the operating room on a hospital trolley and the other is the forceful, upright and confident figure of Frida. The painting is divided into two halves, one day and one night. The maimed and bleeding body is assigned to the sun, which in Aztec mythology the sun is fed by sacrificial human blood. The two gaping wounds in her back are echoed in the fissures in the barren landscape behind. The other Frida, looking strong and optimistic, is assigned to the moon, a symbol of womanhood. In her hand she holds the corset that she has "Hope" of casting off forever after the surgery. Unfortunately, this surgery was terribly botched and resulted in numerous complications. It has been described as "the beginning of the end" for Frida.