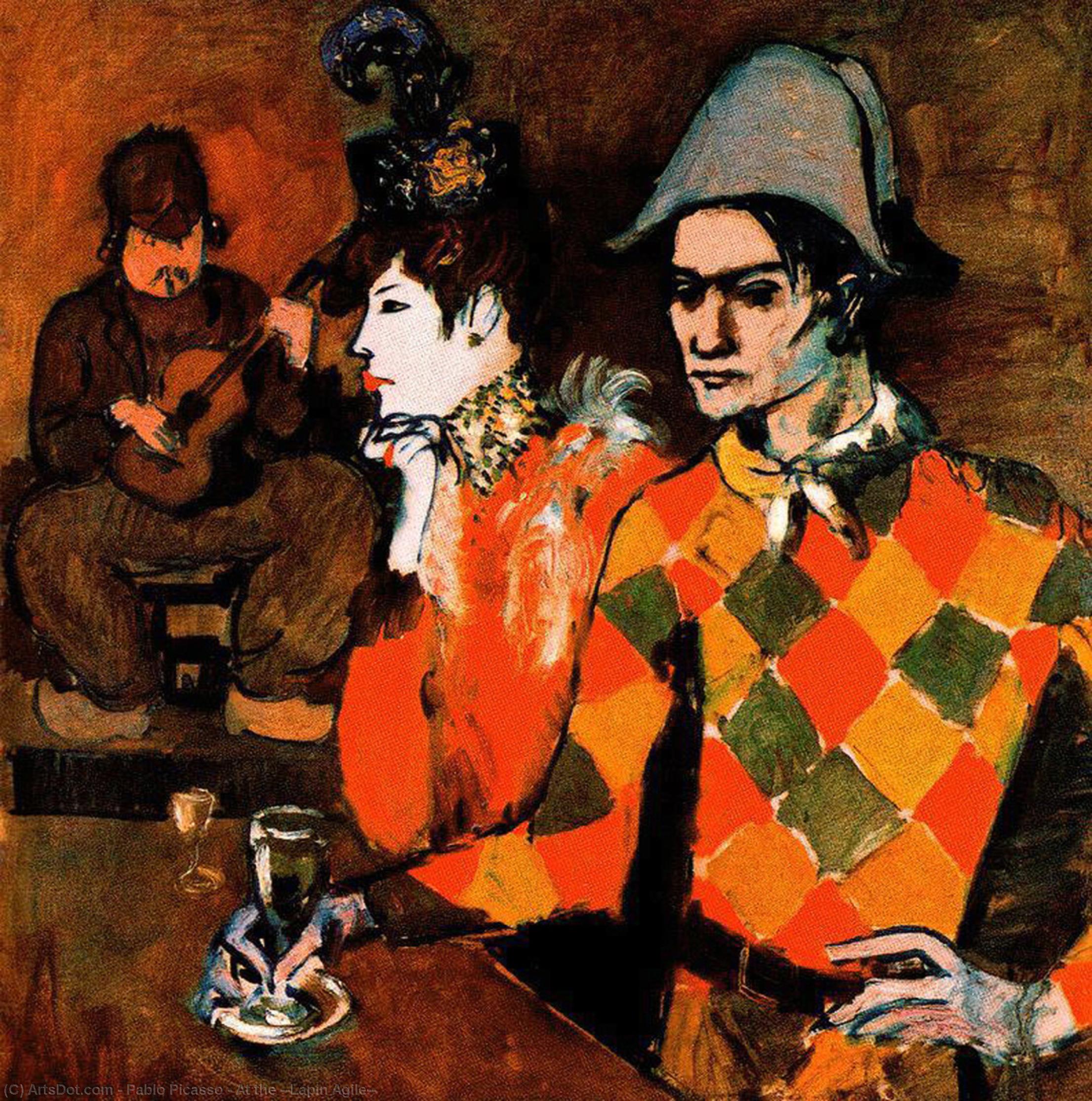 The destitute outcasts featured in Picasso's Blue Period gave way, in 1905, to circus performers and harlequins in more colorful settings. At the Lapin Agile, a canvas nearly square and broadly painted, was originally conceived to decorate a bar in Montmartre, the interior of which is depicted here. Since the painting would be seen across a crowded and smoky room, Picasso's composition was of posterlike simplicity. He aligned glasses and figures—hatted and shown from full-face to profile view—along severe diagonals, ending with a seated guitarist, Frédéric (Frédé) Gérard, the café's owner. Standing at the counter is Picasso himself, dressed as the melancholy and gaunt Harlequin in a vivid diamond-patterned shirt and three-cornered hat. Behind him, in profile with heavy makeup and pouty lips, leans Germaine Pichot, a model and notorious femme fatale, wearing a gaudy orange dress, bead choker, boa, and feathered hat. In 1901, unrequited love for Germaine had driven Picasso's close friend Carlos Casagemas to suicide, a melodrama that continued to haunt Picasso several years later.