Nude Descending a Staircase, No.2 – (Marcel Duchamp) ◄ Previous Next ► 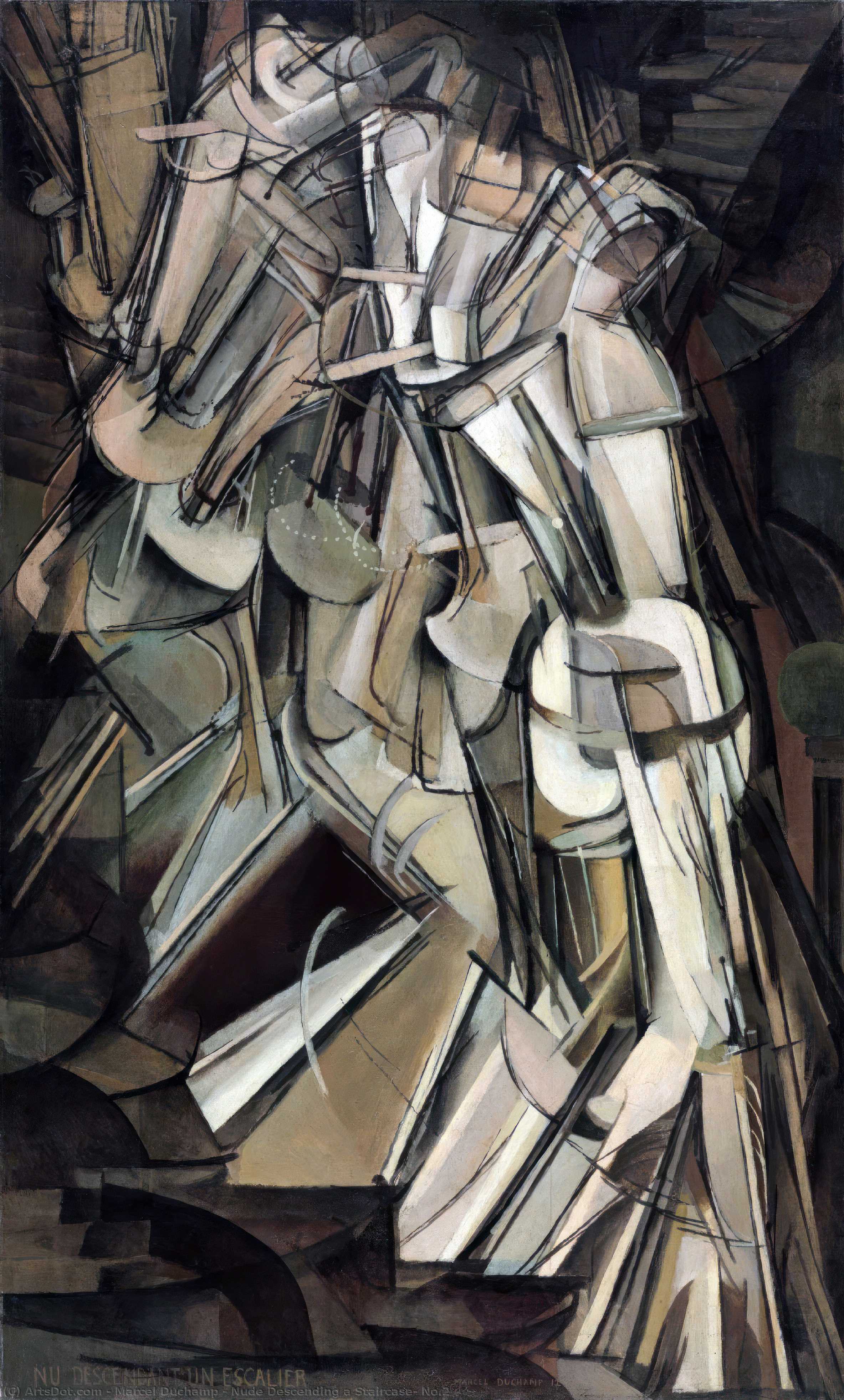 Nude Descending a Staircase, No. 2 (French: Nu descendant un escalier n° 2) is a 1912 painting by Marcel Duchamp. The work is widely regarded as a Modernist classic and has become one of the most famous of its time. In its first presentation at the ParisianSalon des Indépendants, it was rejected by the Cubists and caused a huge stir during its exhibition at the 1913 Armory Show in New York. The work is now found in permanent exhibition at the Louis and Walter Arensberg Collection of the Philadelphia Museum of Art in Philadelphia. The work, an oil painting on canvas with dimensions of 147 cm × 89.2 cm (57.9 in × 35.1 in) in portrait, seemingly depicts a figure demonstrating an abstract movement in its ochres and browns. The discernable "body parts" of the figure are composed of nested, conical andcylindrical abstract elements, assembled together in such a way as to suggest rhythm and convey the movement of the figure merging into itself. Dark outlines limit the contours of the body while serving as motion lines that emphasize the dynamics of the moving figure, while the accented arcs of the dotted lines seem to suggest a thrusting pelvic motion. The movement seems to be rotated counterclockwise from the upper left to the lower right corner to move, where the gradient of the apparently frozen sequence corresponding to the bottom right to top left dark, respectively, becomes more transparent, the fading of which is apparently intended to simulate the "older" section. At the edges of the picture, the steps which are indicated in darker colors. The middle of the image is an amalgam of light and dark, that becomes more piqued as one approaches the edges. The overall warm, monochrome bright palette of the painting ranges from yellow ocher, to dark, almost black tones. The colors are translucent applied. At the bottom left of the painting Duchamp placed as title, "NU DESCENDANT UN ESCALIER" in block letters, which may or may not be related to the work, as the question of whether the figure represents a human body remains open; the figure viewers infer gives little clue to its age, individuality, character, or sex.