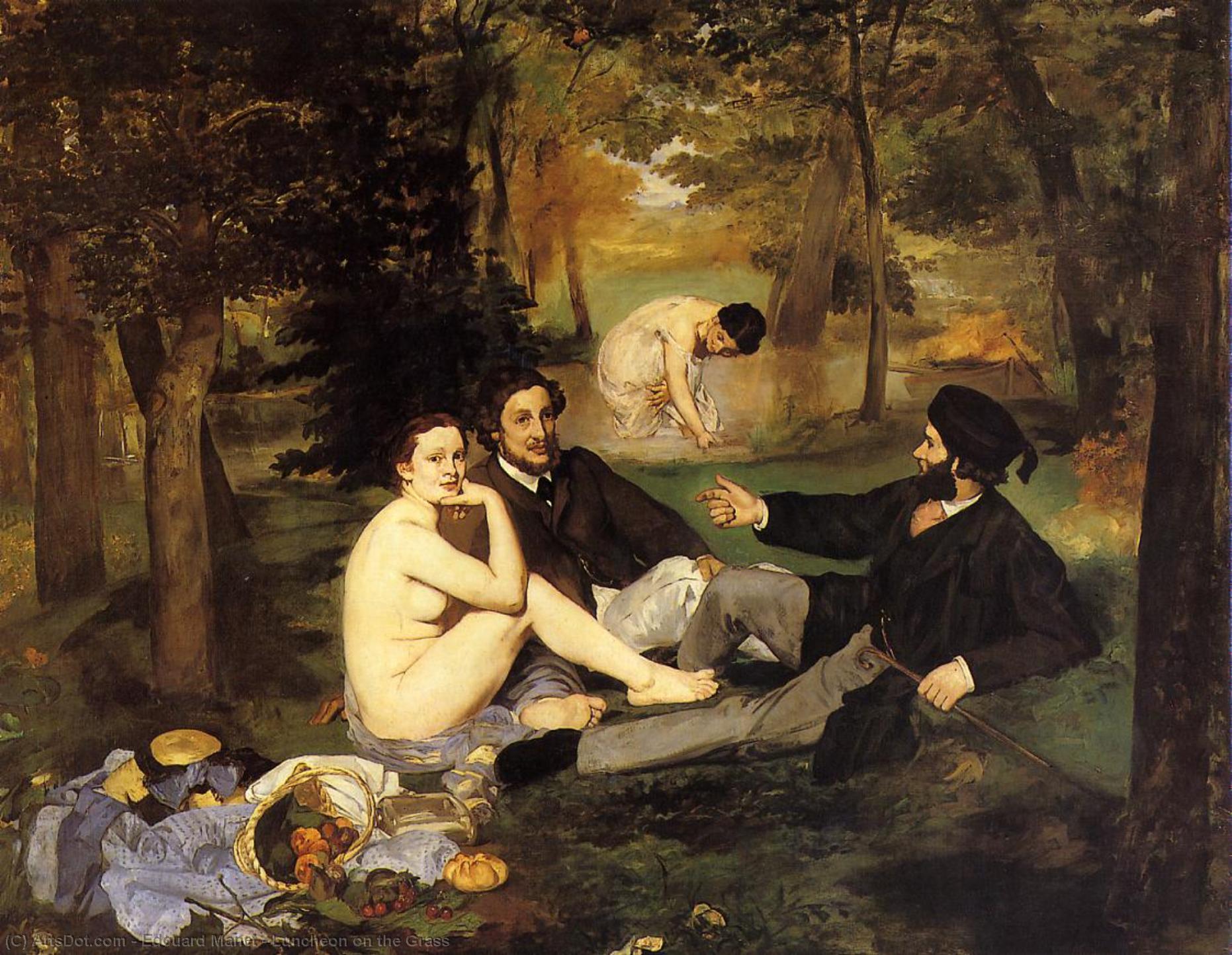 Luncheon on the Grass

The painting depicts the juxtaposition of a female nude and a scantily dressed female bather on a picnic with two fully dressed men in a rural setting. Rejected by the Salon jury of 1863, Manet seized the opportunity to exhibit this and two other paintings, in the 1863 Salon des Refusés, where the painting sparked public notoriety and controversy. The piece is now in the Musée d'Orsay in Paris. A smaller, earlier version can be seen at the Courtauld Gallery, London The Luncheon on the Grass is the greatest work of Édouard Manet, one in which he realizes the dream of all painters: to place figures of natural grandeur in a landscape. We know the power with which he vanquished this difficulty. There are some leaves, some tree trunks, and, in the background, a river in which a chemise-wearing woman bathes; in the foreground, two young men are seated across from a second woman who has just exited the water and who dries her naked skin in the open air. This nude woman has scandalized the public, who see only her in the canvas.