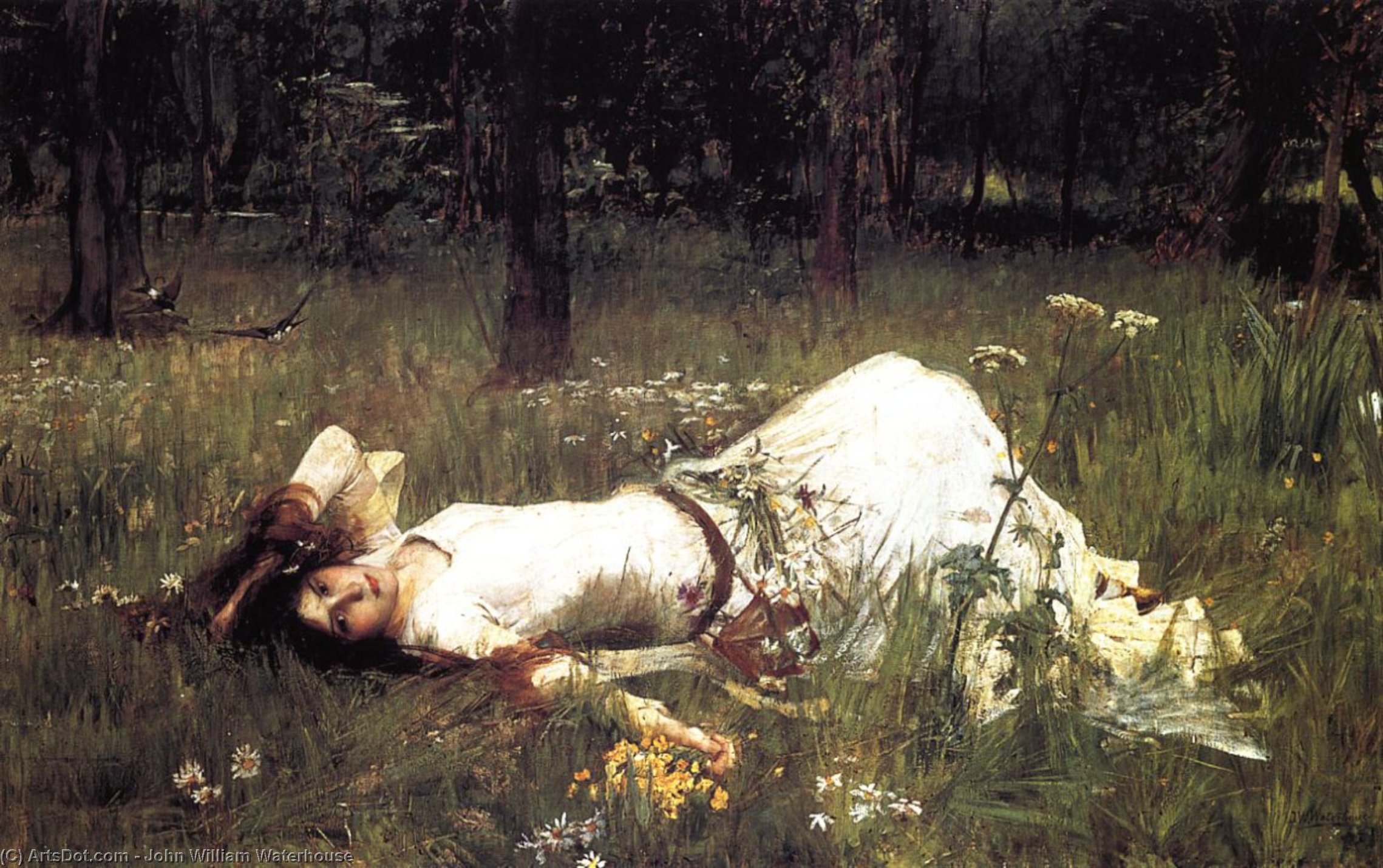 Ophelia (1889) is an oil painting by the English Pre-Raphaelite painter John William Waterhouse. Ophelia is the daughter of Polonius, sister to Laertes, and rejected lover of Hamlet in Shakespeare's tragedy Hamlet. Ophelia is a symbol of innocence gone mad. A dutiful daughter, she is manipulated into spying on Hamlet and must bear his humiliating and brutal remarks. Waterhouse's favorite subjects was Ophelia. He may have been inspired by paintings of Ophelia by Dante Gabriel Rossetti and Millais. Waterhouse depicts Ophelia lying in a riverside meadow in an attitude of deranged abandon, one hand in her tousled hair, the other grasping flowers.