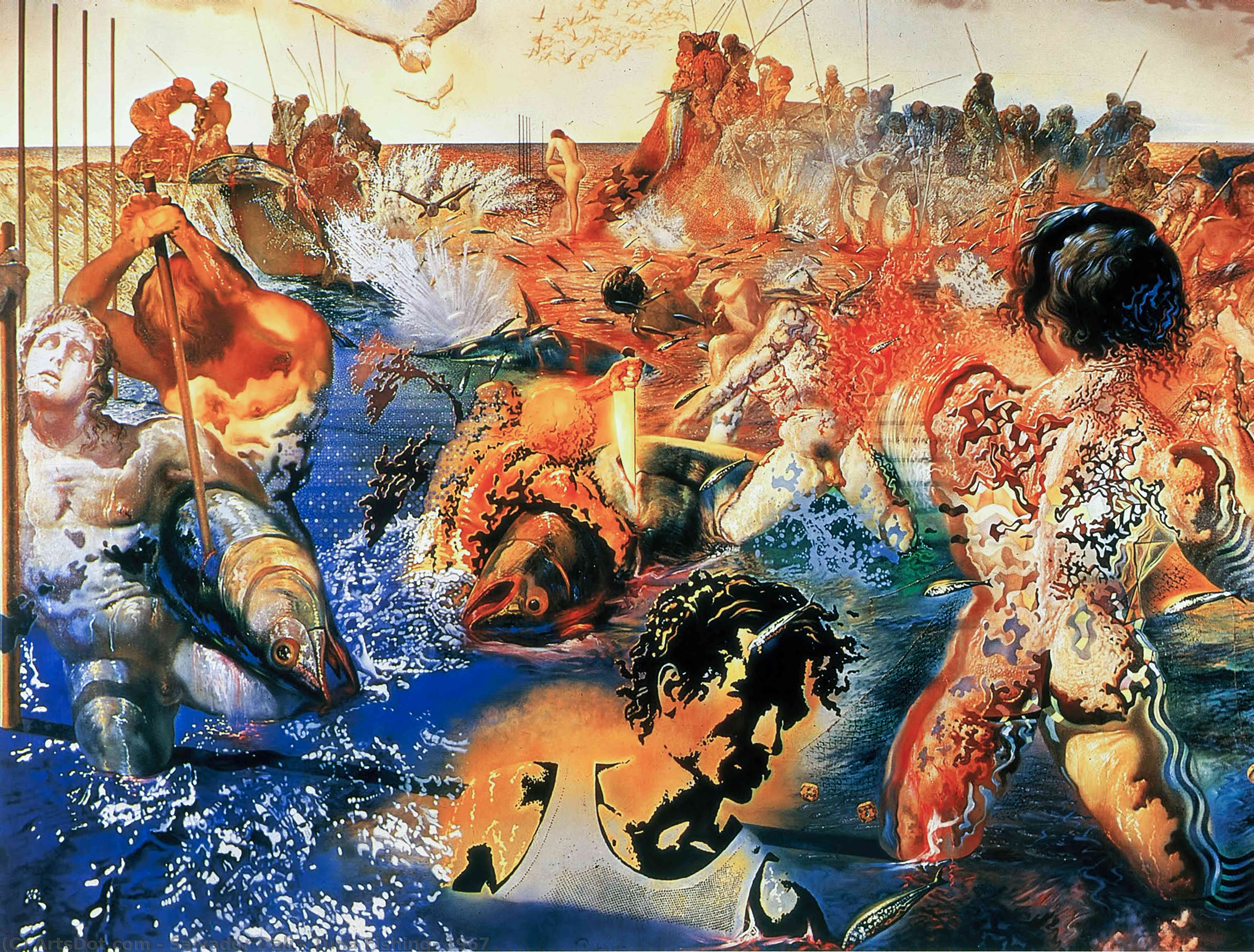 Tuna Fishing (Homage to Meissonier) was painted by Salvador Dalí in 1966-1967 and is seen by many as one of Dalí's last masterpieces. Filled chaotically with the violent struggle of the men in the picture and the big fish. A golden knife stabs into the fish and the azure- blue sea becomes red with blood. This painting is a dedication to Jean Louis Ernest Meissonier, a 19th century French painter who specialised in battle scenes. This picture sees Dalí absorb different styles which he previously explored, such as Surrealism, Pointillism, Action Painting, Tachisme, Pop Art, Op Art and psychedelic art.