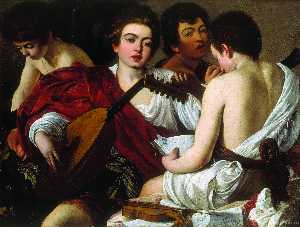 Caravaggio is another one of the artists who are widely known by only a single name. In this case, it isn?t even his first, or last name. Michelangelo Merisi was called Caravaggio after his hometown in Lombardy. Artists from the Lombardy area were widely known for their realistic style of painting and also for the beautiful still life paintings they produced. Caravaggio isn?t known for still life painting, though he is known for his fantastic, highly realistic paintings.