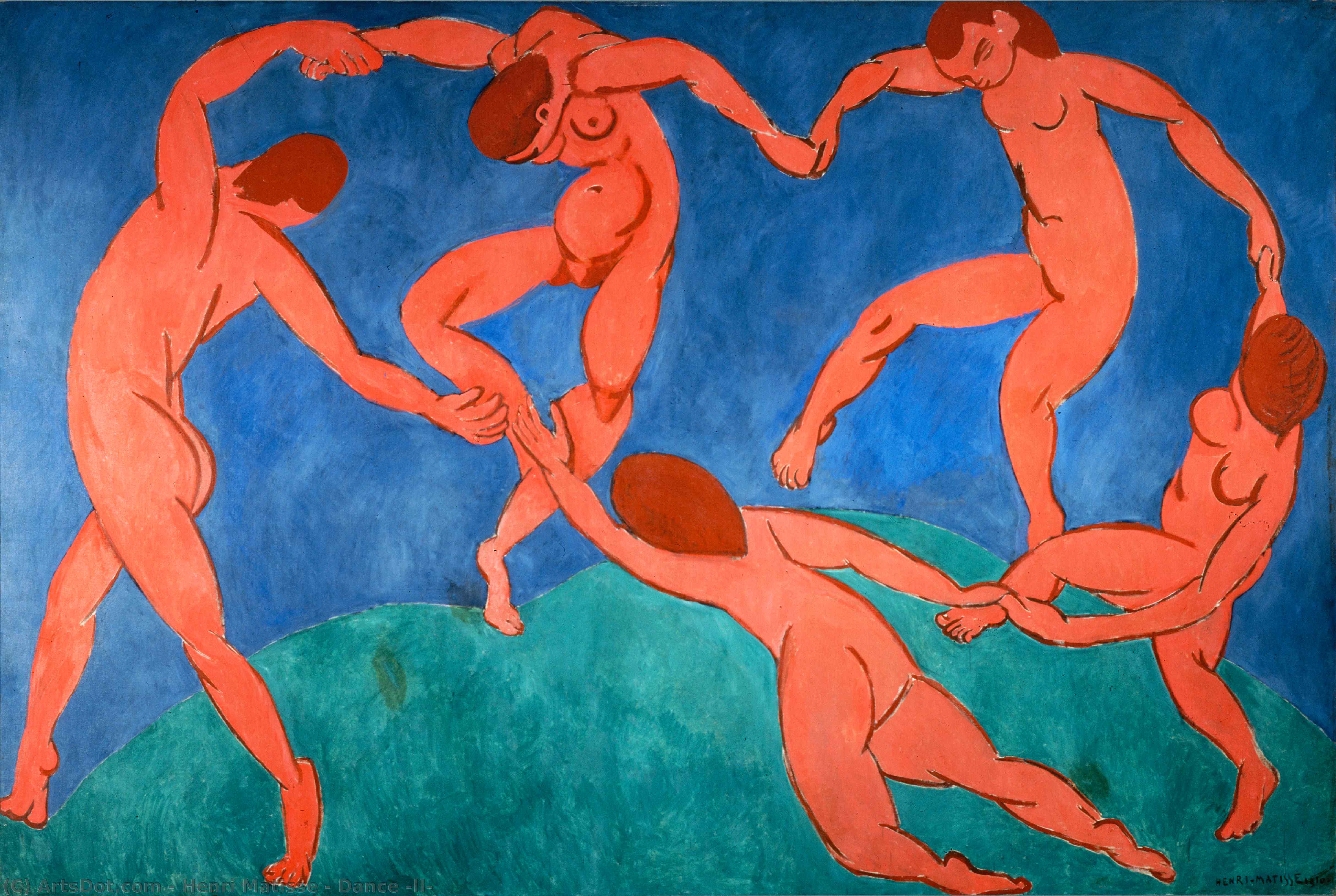 There are two versions of The Dance, the first, painted in March of 1909, is the study for the second one, completed in 1910. The large work, painted along the lines of William Blake’s painting “Oberon, Titania and Puck with Fairies Dancing,” was painted along with its companion piece, Music, which depicts nudes playing music in a similar setting. The pieces were specially created for Russian businessman and art collector Sergei Shchukin, who was a long-time associate of Matisse’s. This painting is often recognized as a key point in the development of Matisse’s artwork, as well as in the development of modern painting. It is also often associated with “Dance of the Young Girls,” in The Rite of Spring by Igor Stravinsky.