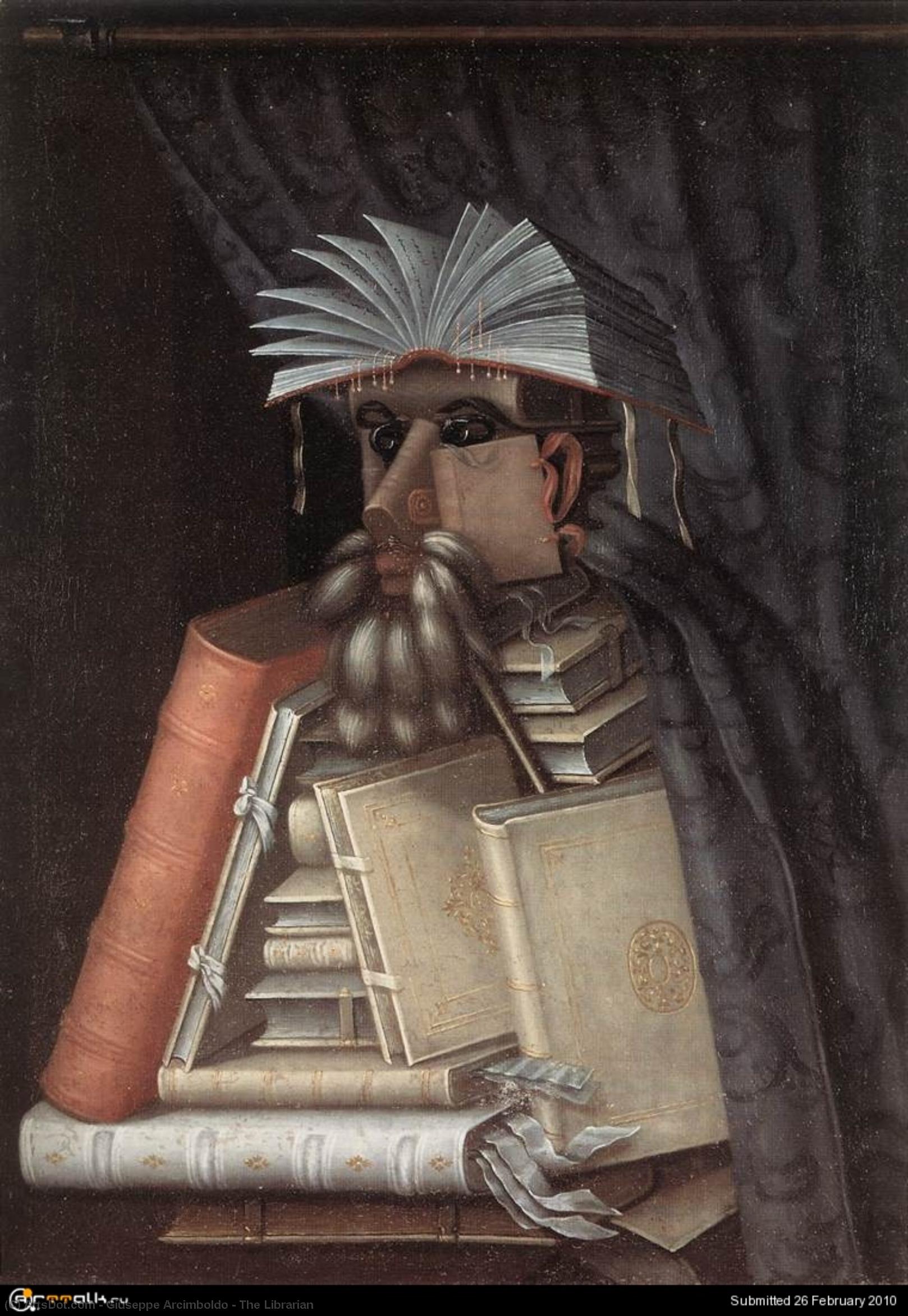 The Librarian is an oil on canvas painting by Giuseppe Arcimboldo in the collection of Skokloster Castle in Sweden. It is thought to be a portrait of Wolfgang Lazius, a humanist and historian who served Holy Roman Emperors of the House of Habsburg. Arcimboldo became official portraitist to Emperor Maximilian II in 1562. The Librarian is one of a series of paintings by Arcimboldo of members of Maximilian's entourage. Skokloster Castle dates the painting to 1562, though the painting is more often dated circa 1566. The Librarian is one of two works by Arcimbolodo in the collection of Skokloster Castle. The painting was brought to Sweden following the looting of Prague Castle by the Swedish army during the 1648 Battle of Prague and was owned by General Hans Christoff von Königsmarck. There are three other extant versions of the painting whose attributions are uncertain. A scientific study published in 2011 concluded that The Librarian was a later copy of Arcimbolodo's original painting, whose whereabouts are unknown.