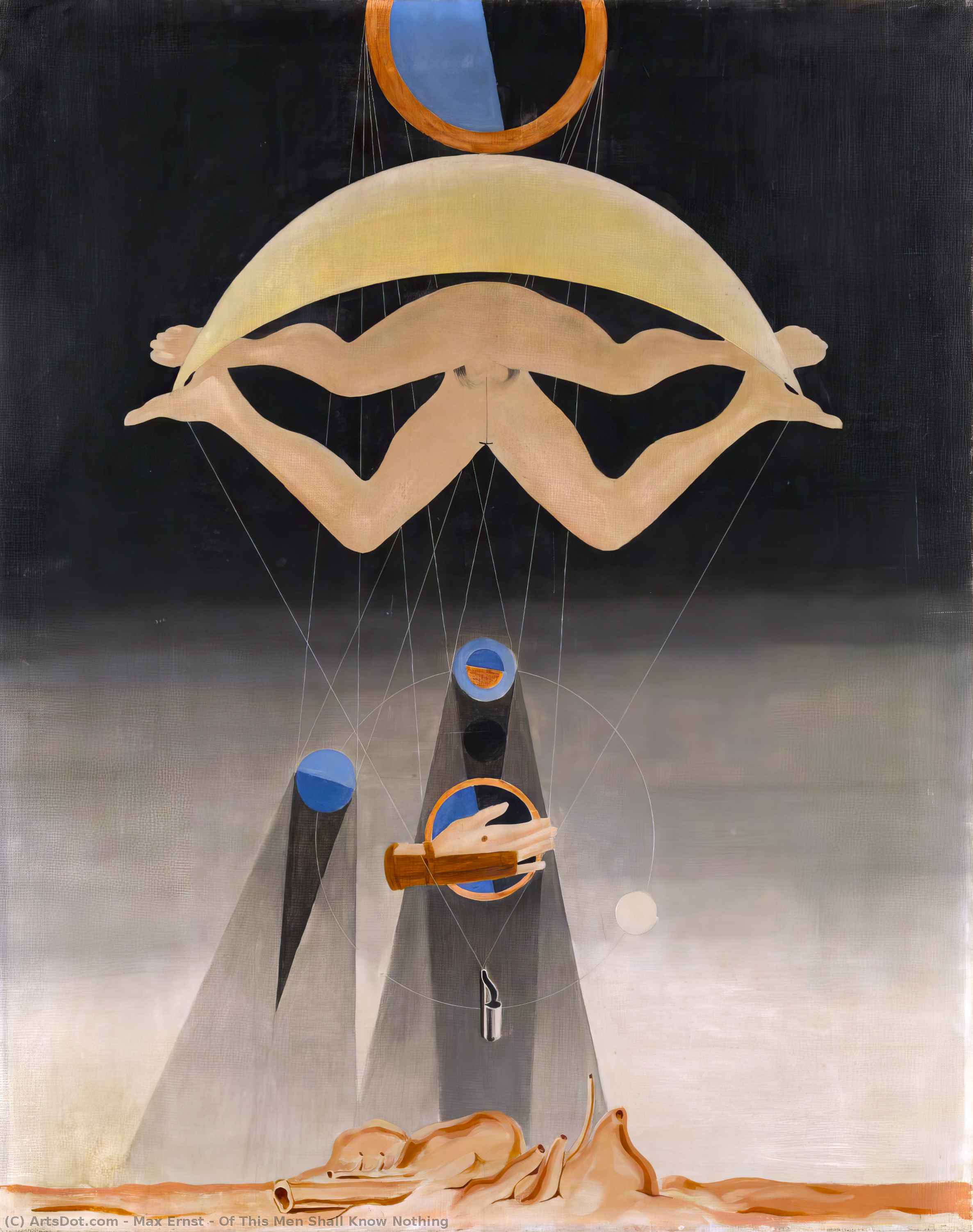 Of This Men Shall Know Nothing

Ernst studied philosophy and psychology in Bonn and was interested in the alternative realities experienced by the insane. This painting may have been inspired by the psychoanalyst Sigmund Freud’s study of the delusions of a paranoiac, Daniel Paul Schreber. Freud identified Schreber’s fantasy of becoming a woman as a ‘castration complex’. The central image of two pairs of legs refers to Schreber’s hermaphroditic desires. Ernst’s inscription on the back of the painting reads: ‘The picture is curious because of its symmetry. The two sexes balance one another.’