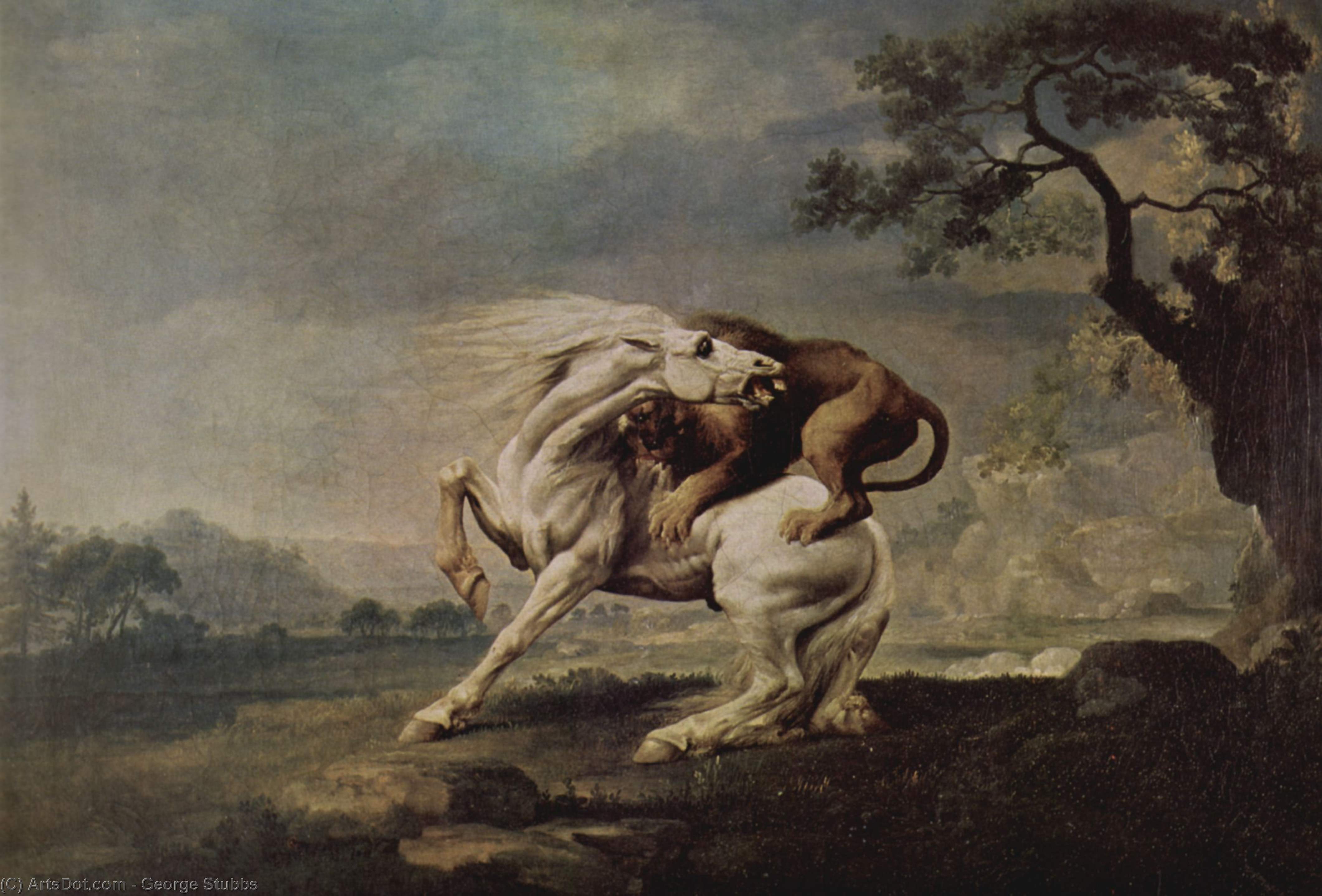 In preparation for the work, he made many studies of caged lions at the Tower of London and at Lord Shelbourne's menagerie on Hounslow Heath. Stubbs's interest in the subject is traditionally presumed to originate from a scene he reportedly witnessed in North Africa during his return by sea from Italy. This was largely disproven, however, with the reappearance of an oil painting Stubbs made of the subject, Horse Devoured by a Lion, in which the horse is pressed to the ground (Tate Gallery T02058). It differs from all other known versions of the work, but is strikingly similar to a Roman copy of a Greek sculpture group that Stubbs could have seen at the Palazzo dei Conservatori in Rome in 1754. The innovative subject proved popular and influential. It allowed Stubbs to demonstrate his virtuosity as an animal and landscape painter, while enabling him, through his reference to a classical source, to elevate animal painting to history painting. The horse's noble submission to his inevitable fate suggests the heroic, moral overtones of stoical Roman virtue.