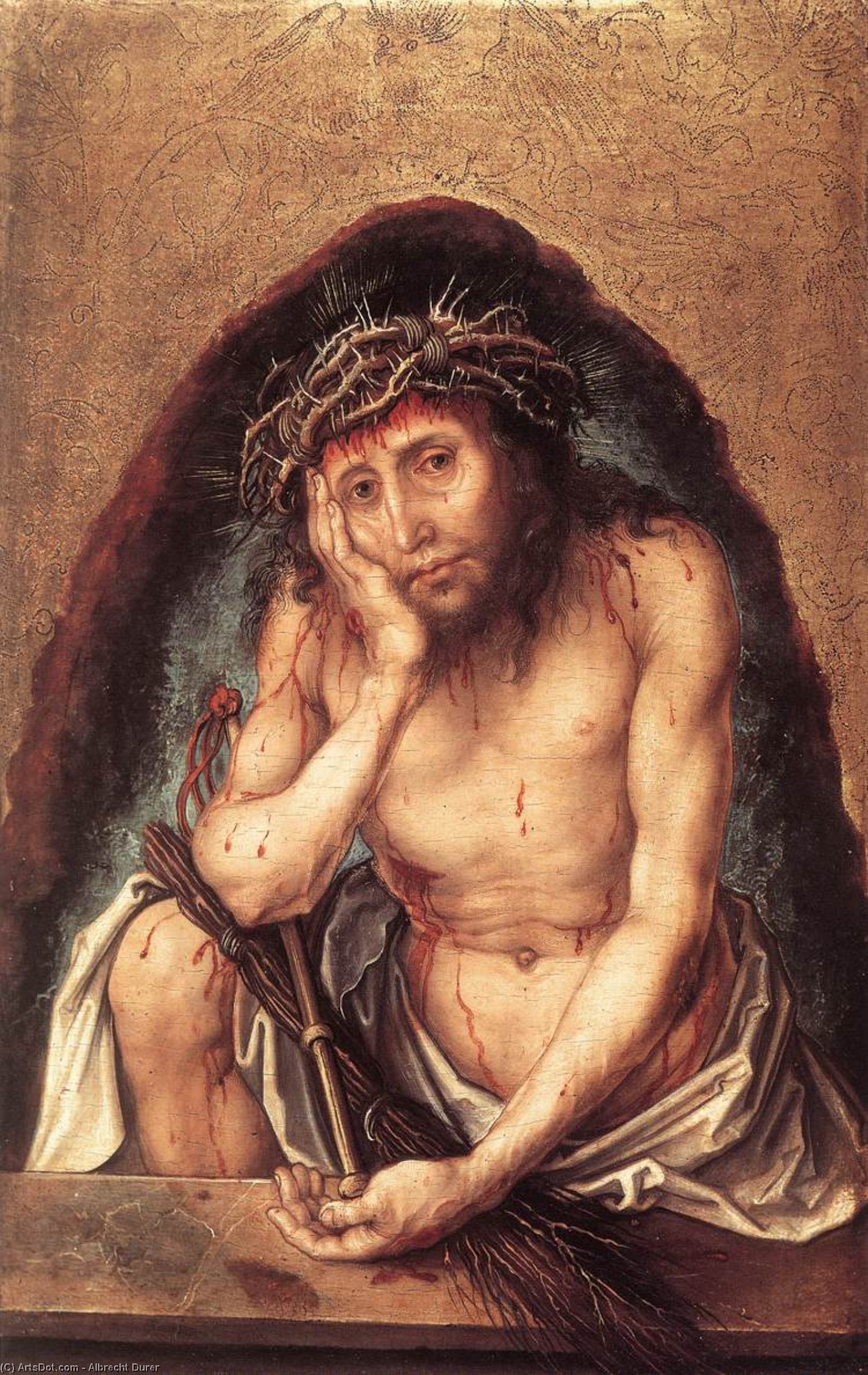 Christ as the Man of Sorrows

This work depicts Jesus after he had been scourged and mocked by the soldiers, just before he was led away to be crucified. Jesus bleeds profusely from his wounds and he holds the instruments used to beat him, a three-knotted whip and bundle of birches. He wears the crown of thorns, leaning his head on his right hand in a gesture of grief. His other hand rests on a ledge, a pose which Dürer often used to add a sense of depth to a portrait. The face is painted with great realism. Set against a gold background, Christ stares out of the picture, expressing resignation at his fate. This devotional panel was identified as a Dürer in 1941 and although unsigned it is now widely accepted as a work by the young artist. It dates from his journeyman days and may well have been done in Strasbourg, probably in 1493 or early in 1494.