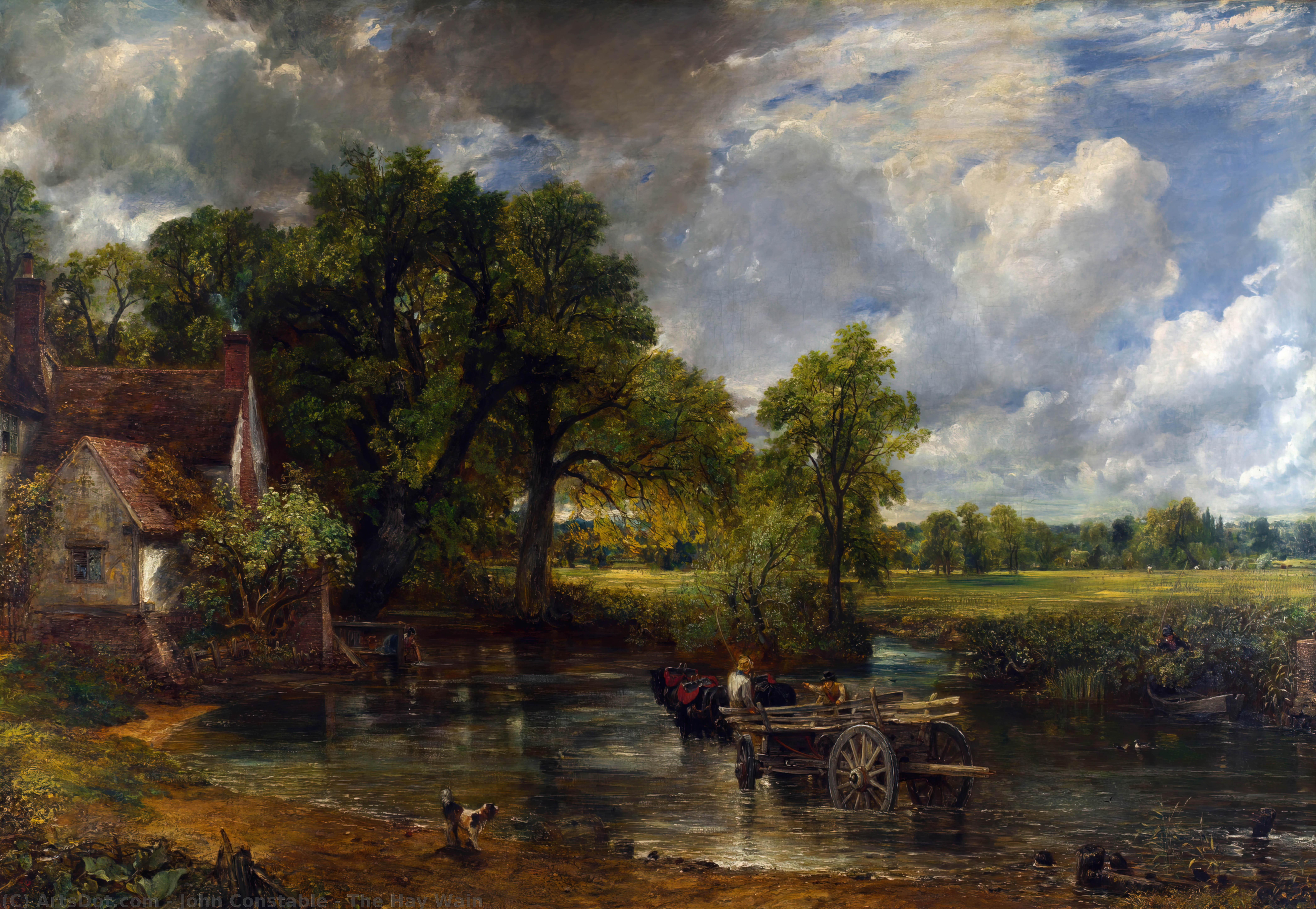 The Hay Wain – originally titled Landscape: Noon – is a painting by John Constable, finished in 1821, which depicts a rural scene on the River Stour between the English counties of Suffolk and Essex. It hangs in the National Gallery in London and is regarded as "Constable's most famous image" and one of the greatest and most popular English paintings. Painted in oils on canvas, the work depicts as its central feature three horses pulling what in fact appears to be a wood wain or large farm wagon across the river. Willy Lott's Cottage, also the subject of an eponymous painting by Constable, is visible on the far left. The scene takes place near Flatford Mill in Suffolk, though since the Stour forms the border of two counties, the left bank is in Suffolk and the landscape on the right bank is in Essex.