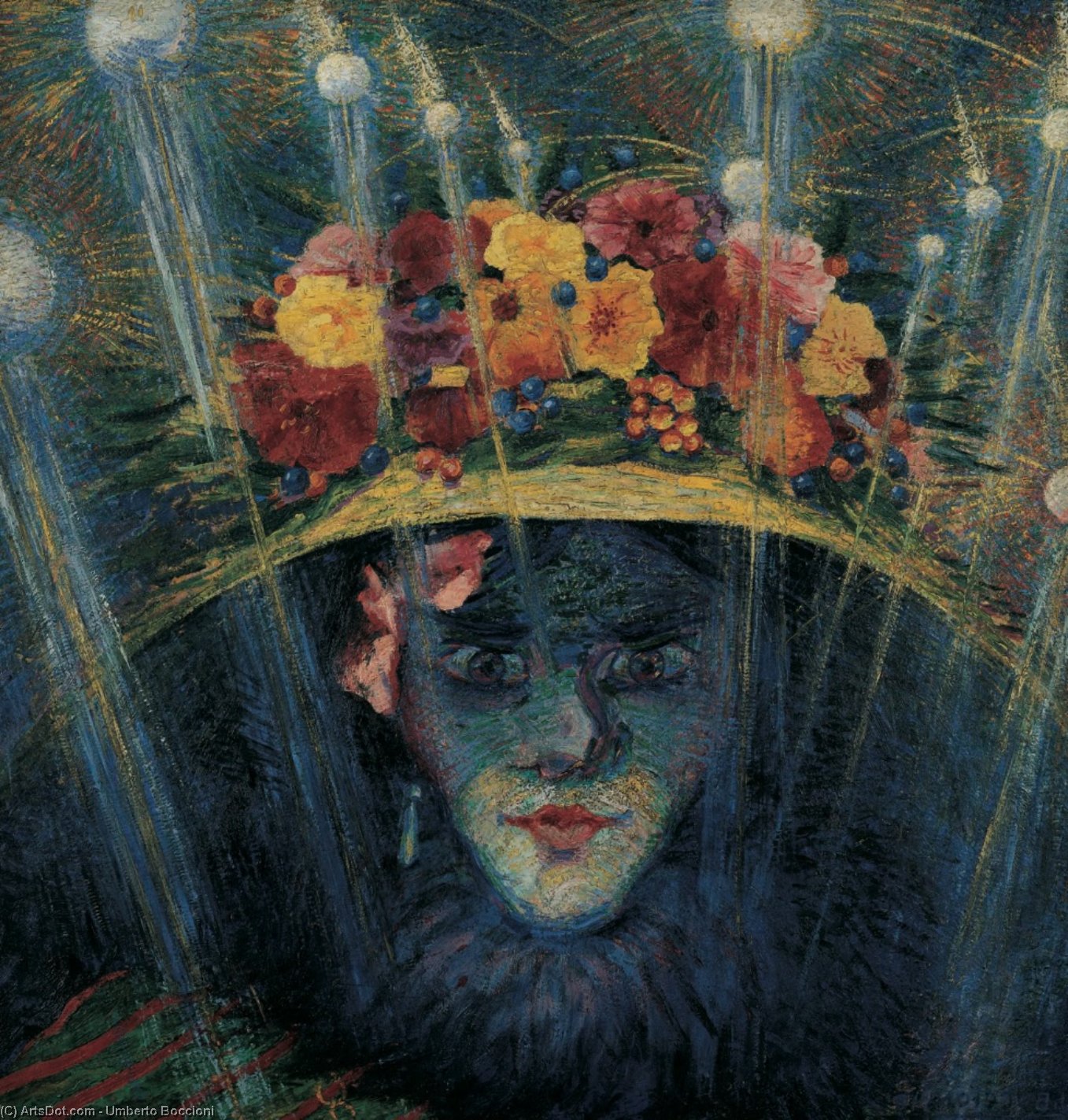 Boccioni was born in Calabria, in the south of Italy. His parents moved to Rome in 1899 where he and Severini were instructed in the Divisionist style by Balla. Boccioni continued to be influenced by both Divisionism and Symbolism, travelling to Paris - where he briefly met Modigliani - and through western Russia in 1906. Returning to Italy he worked intensively to devise a pioneering modern art. Impressed by the revolutionary spirit of Marinetti's - 'Founding and Manifesto of Futurism' - (1909), Boccioni was responsible for integrating the visual arts into this literary movement, along with Russolo and Carrà. The dominant figure of the group and its most important theorist, Boccioni rigorously analysed dynamism and motion in his paintings. He moved away from a Divisionist technique and began to employ the formal vocabulary of Cubism from around 1911. The following year Boccioni became fascinated with sculpture after seeing the works of Medardo Rosso in Paris and he began to experiment with this medium, attempting to unite his subjects with the space and objects surrounding them and advocating the use of a variety of materials in the creation of the work. In 1914 he published his theoretical text Futurist Painting and Sculpture and served with Marinetti and other Futurists in the First World War. He died after falling from a horse during a training exercise in 1916.