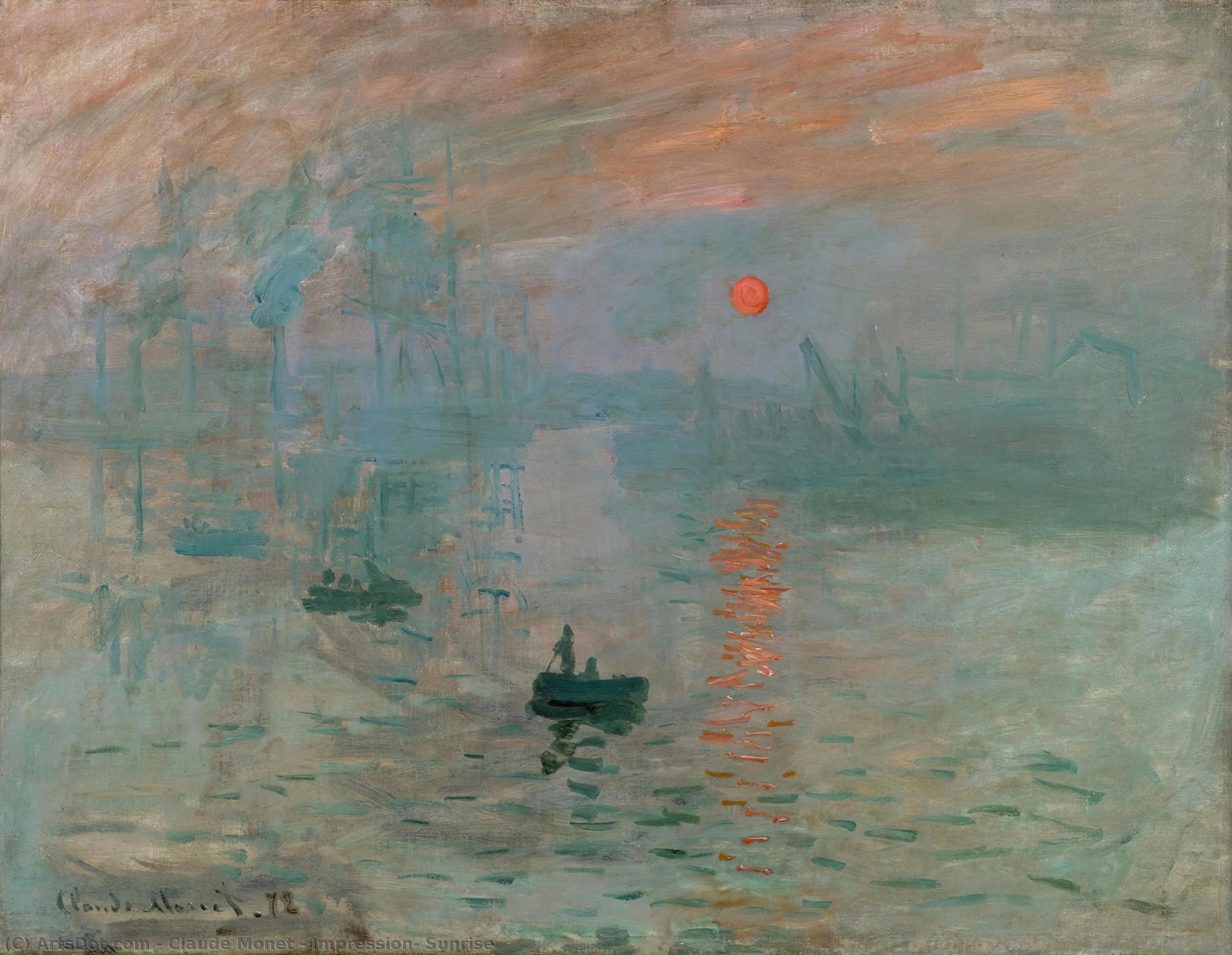 When Impression, Sunrise hung at its first exhibition in 1874, art critic Louis Leroy derisively used the term “Impressionistic,” from the title of this painting, to describe Monet’s works. This term was quickly adopted by what were soon to be known as the Impressionist painters, and the exhibition which included other works by Impressionist artists, was from then on referred to as the “Impressionist Exhibition.” This painting was later stolen in 1985 from the Musee Marmottan Monet in Paris, but was recovered undamaged in 1990, and was put back on display at the museum in 1991. Impression, Sunrise (Impression, soleil levant) is a painting by Claude Monet. It gave rise to the name of the Impressionist movement. Although it seems that the sun is the brightest spot on the canvas, it is in fact, when measured with a photometer, the same brightness (or luminance) as the sky. Dr. Margaret Livingstone, a professor of neurobiology at Harvard University, said "If you make a black and white copy of Impression: Sunrise, the Sun disappears entirely." Livingstone said that this caused the painting to have a very realistic quality, as the older part—shared with the majority of other mammals—of the visual cortex in the brain registers only luminance and not colour, so that the sun in the painting would be invisible to it, while it is just the newer part of the visual cortex—only found in humans and primates—which perceives colour.