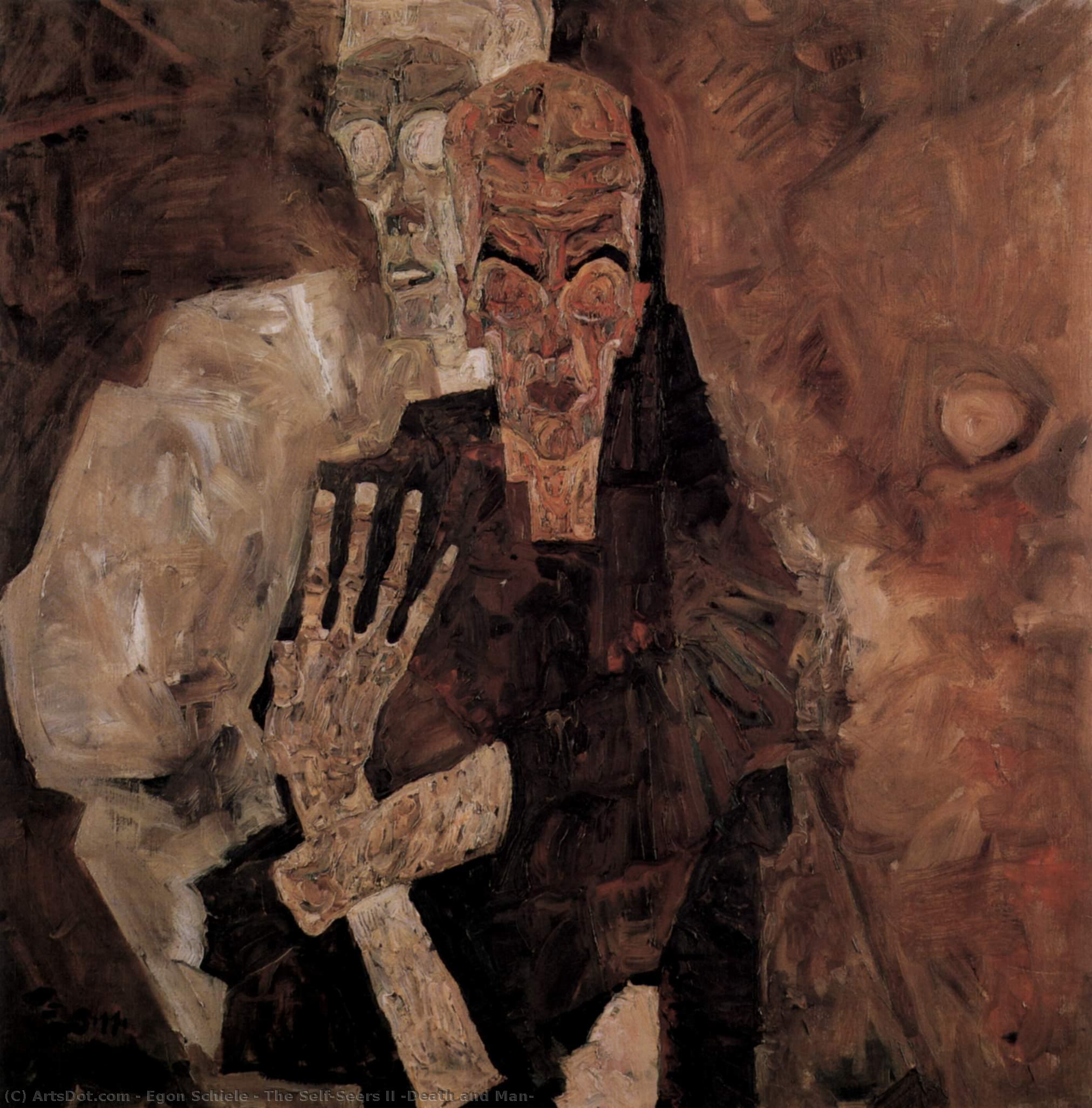 The Self-Seers II (Death and Man)

The Self Seers (Death and Man), (German: Die Selbst Seher (Tod und Mann) is an oil on canvas painting by Austrian figurative painter Egon Schiele. It was completed in 1911 and is based on expressionism style by use of symbolic painting genre. The dimension of painting is 80.5 by 80 centimeters and is housed at Leopold Museum, Vienna. The title of picture is bewildering as it does not seem to match with the content of the picture. The figures in the painting is vaguely identified as Schiele himself. It is presuppose the presence of a mirror image as painter is looking at himself. The dark cloth that falls across shoulder and arm to the legs is not a demarcation between this figure and the other. The second man's facial expression and gestures somewhat different, is nestling up to the first, a shadowy and almost insubstantial figure gazing out of the picture across the first man's shoulder. The idea behind this artwork is the doppelganger who may appear as a spiritual aura. In the 1911 version Death and Man, the motif of the doppelganger as a premonition of death is specifically present. Here, the pale and shadowy alter ego is a threatening harbinger of death and the treatment has a visionary eeriness on the subject of the painter and death. [edit]