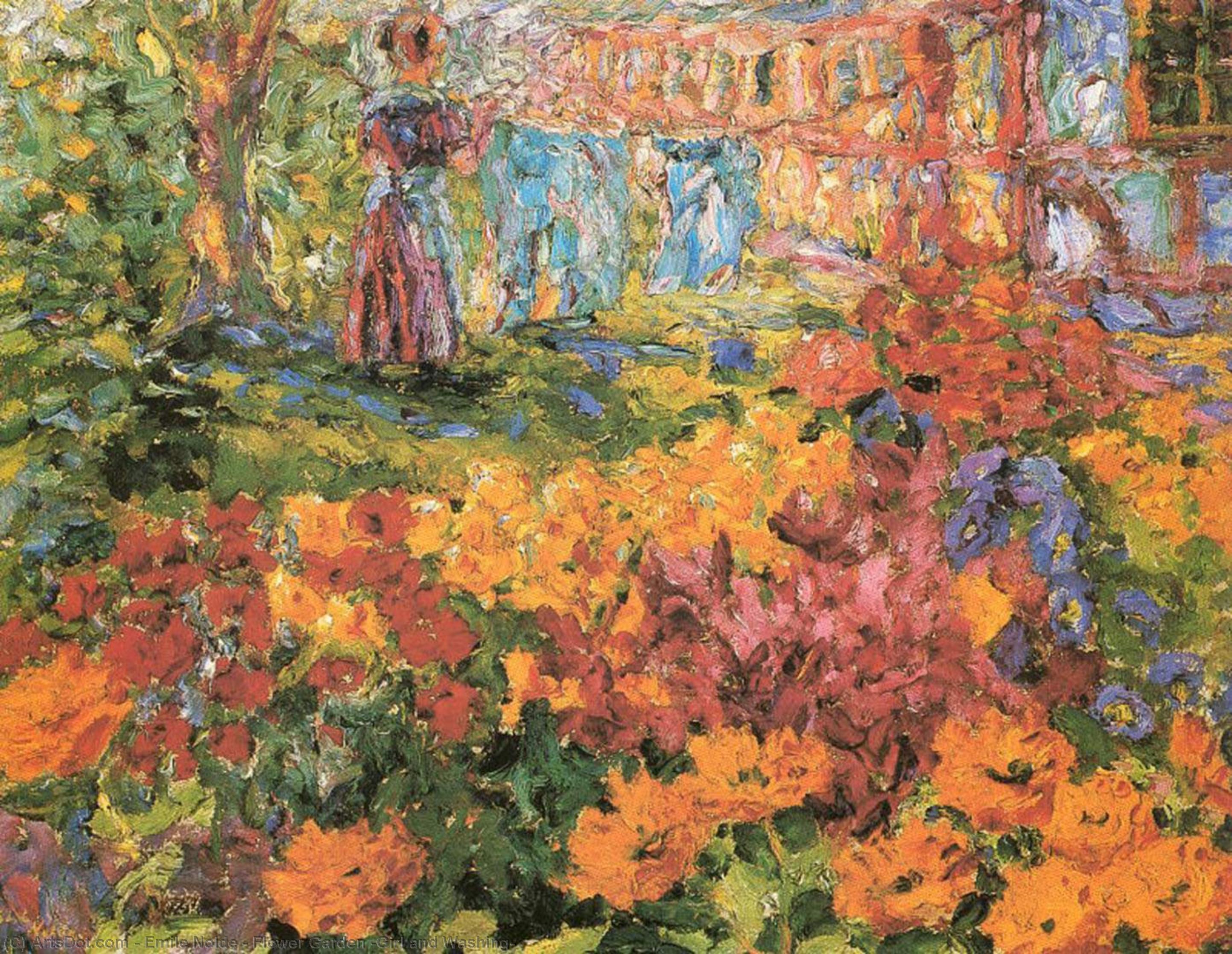 Emil Nolde (7 August 1867 – 13 April 1956) was a German Danish painter and printmaker. He was one of the first Expressionists, a member of Die Brücke, and is considered to be one of the great oil painting and watercolor painters of the 20th century. He is known for his vigorous brushwork and expressive choice of colors. Golden yellows and deep reds appear frequently in his work, giving a luminous quality to otherwise somber tones. His watercolors include vivid, brooding storm-scapes and brilliant florals. Nolde's intense preoccupation with the subject of flowers was reflected in the series of artworks as the flower gardens remained one of his most important sources of the artistic inspiration.