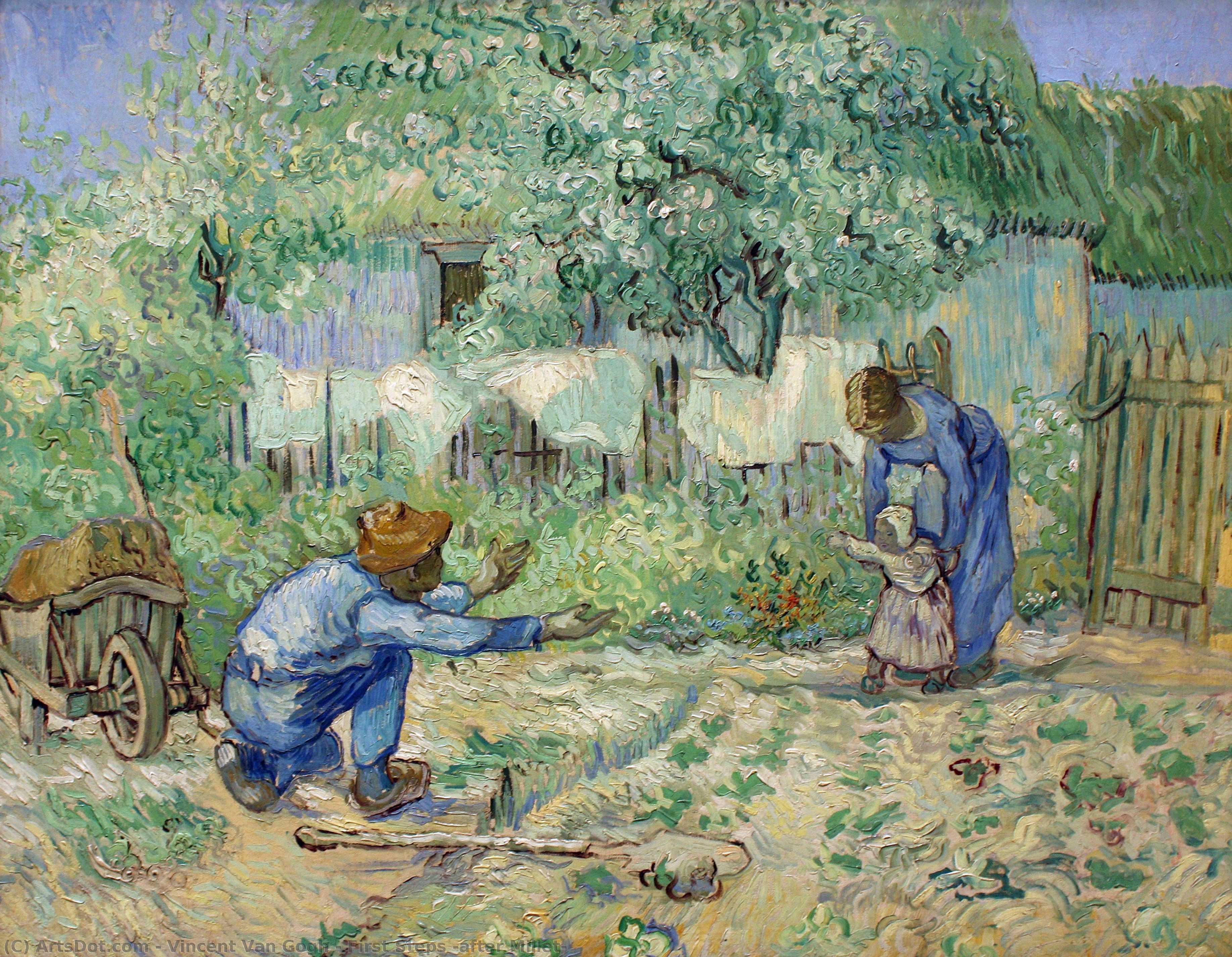 In fall and winter 1889–90, while a voluntary patient at the asylum in Saint-Rémy, Van Gogh painted twenty-one copies after Millet, an artist he greatly admired. He considered his copies "improvisations" or "translations" akin to a musician's interpretation of a composer's work. He let the black-and-white images—whether prints, reproductions, or, as here, a photograph that his brother Theo had sent—"pose as subject" then "improvised color on it." For this work of January 1890, Van Gogh squared-up a photograph of Millet's First Steps and transferred it to the canvas.