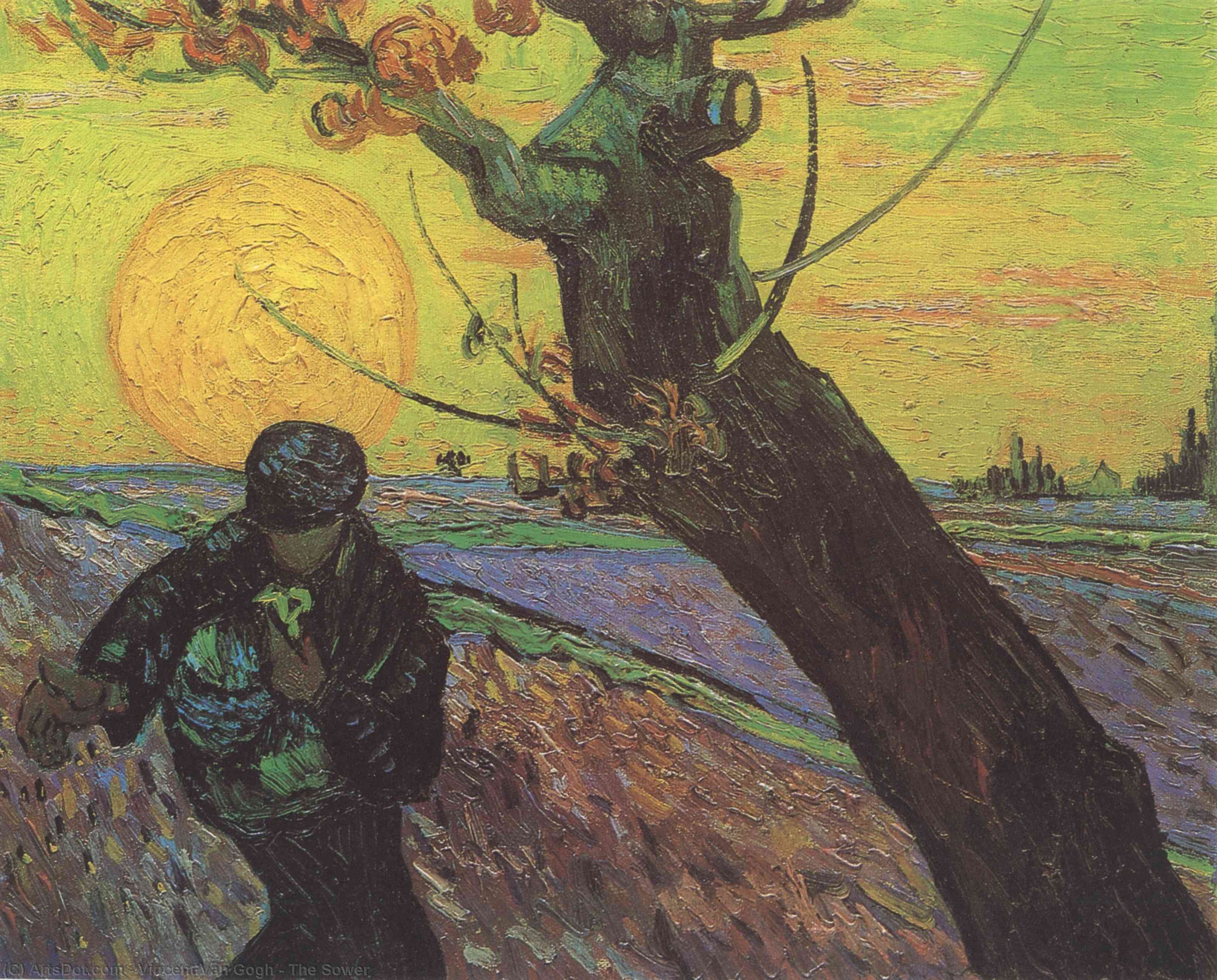 The Sower painting by Vincent van Gogh is one with which most of his fans will be familiar. It's usually mentioned as part of a series he did inspired by the work of Jean-Francois Millet, rather than the symbolism that can be taken from the sower. The possible reference to the biblical parable of the sower and the "search for spiritual meaning in everyday existence". Van Gogh wrote about it to his brother Theo, describing not only the colors he'd used:"Immense lemon yellow disc for the sun. Green-yellow sky with pink clouds. The field is violet, the sower and the tree Prussian Blue." Seeing it in person, I was struck by how small a painting it is. (Yes, the captions in books alongside reproductions do tell me it's 32x40cm, but it's not the same as seeing it in real life and realizing it's only about A3 in size!) By the vigorous brushwork with relatively consistent markmaking. And most of all by the decisiveness with which four sweeps are used to create thin branches. Seeing the painting in the context of a Symbolist exhibition, I found myself reading far more into the painting than I would usually, spending more time thinking about what meaning might be conveyed by the various components. Usually when looking at a Van Gogh, I'm far more focused on his colors and brushwork than anything else. Other famous artists included in the exhibition included Kandinsky, Gauguin, and Whistler. Also Edvard Munch, who I don't immediately associate with landscape painting. His Melting Snow Elgersburg (1906) has such a strong sense of perspective from minimal detail. And, to my amusement, he'd painted over part of his signature! Guess he'd decided it wasn't finished after all! There was also one of Mondrian's tree paintings: Woods near Oele (1908). Yes, Mondrian of the geometric abstracts did, early on, paint a series featuring trees which if you follow through the timeline you see becoming increasingly reduced to mere line. Fascinatingly for an artist I so associate with tight control, there was some paint that had dribbled. Looking at the reproduction in the catalog, it's not particularly evident, the level of detail you see only when in front of the actual painting.