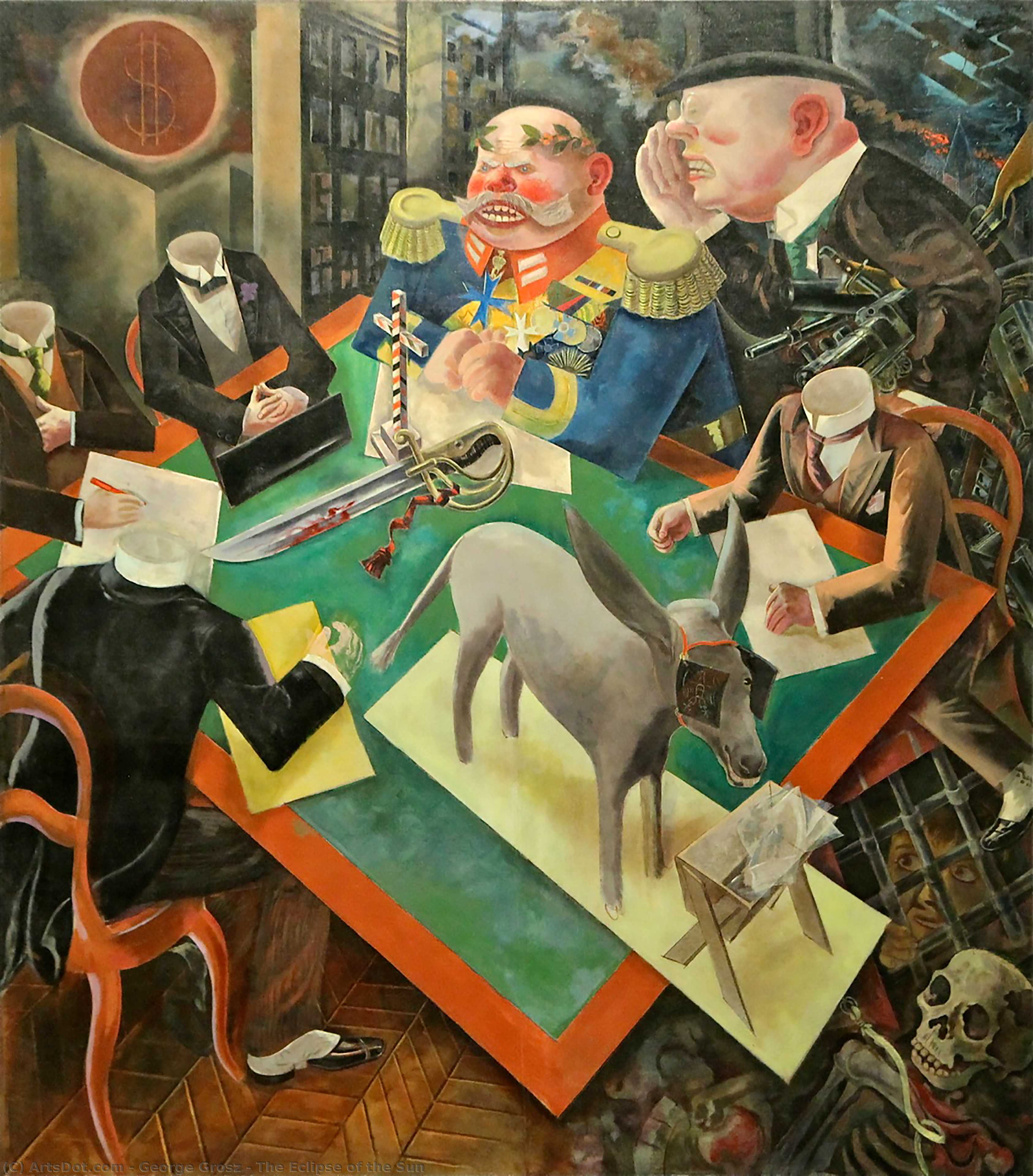 The Eclipse of the Sun

Eclipse of the Sun presents a scathing critique of the military industrial complex that controlled Weimar Germany where power and greed reigned supreme. Bureaucrats, who are literally "mindless," attend to the corrupt dealings of the corpulent industrialist and the President of the Reich, Paul von Hindenburg. The sun, a symbol of life, is eclipsed by a dollar sign, a symbol of greed. The donkey, representing the German burgher, has blinders on to signify his ignorance. A small child, representing youth or perhaps a dissident voice, is kept imprisoned below, demonstrating the lack of concern for future generations. The convoluted perspective of the image underscores the instability of Weimar Germany. George Grosz was the leader of the Berlin Dada movement in the 1920s. He moved to the United States in 1933 and lived in Huntington from 1947 until shortly before his death. Grosz taught art at the Heckscher Museum of Art under the auspices of the Huntington Township Art League and he was an instrumental influence in the full-time reopening of the museum after World War II.