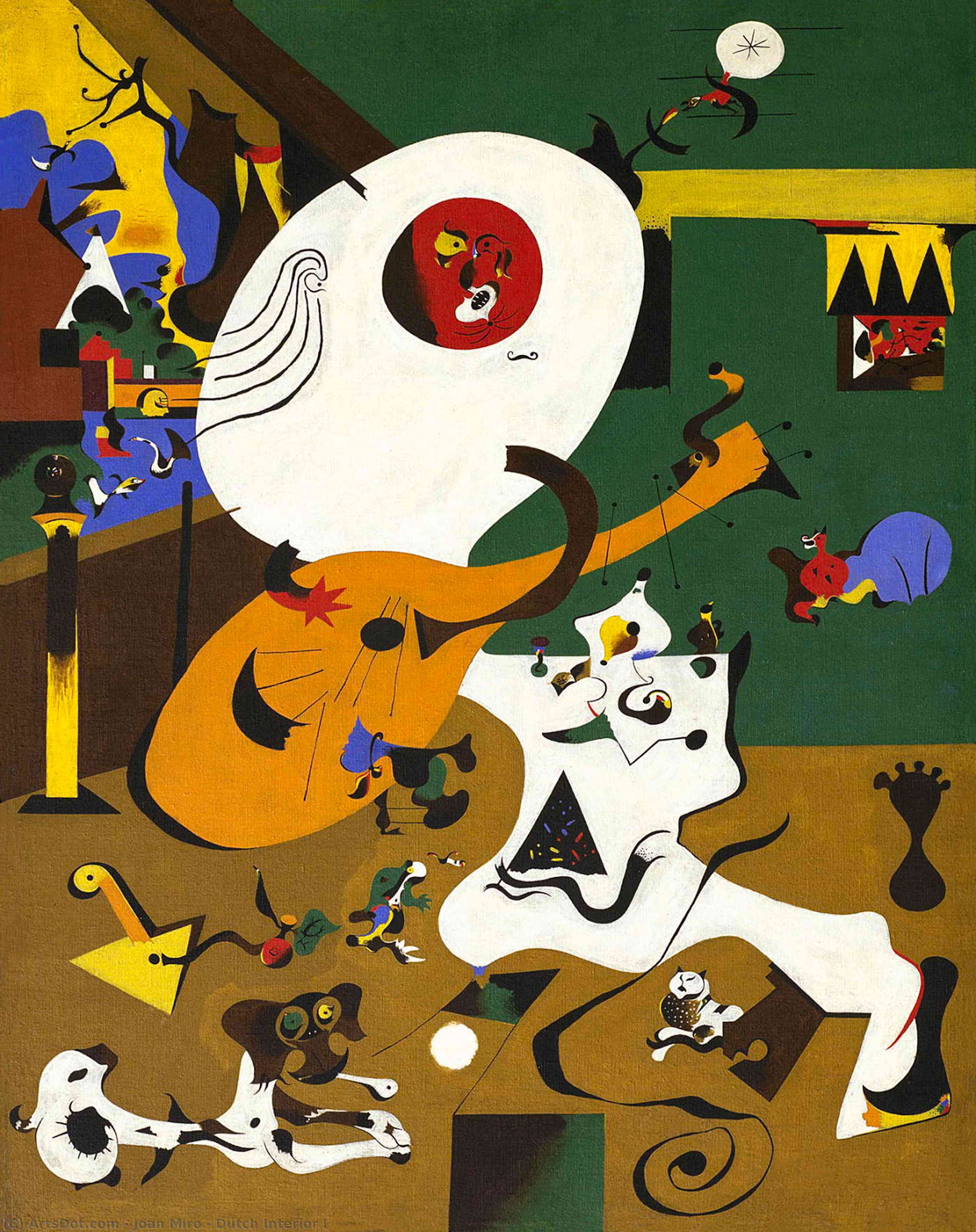 Dutch Interior (I) is based on a seventeenth–century painting by Hendrick Martensz Sorgh depicting a lute player in a domestic interior. Miró bought a postcard reproduction of the work at the Rijksmuseum in Amsterdam a few months prior to beginning his painting. "I had the postcard pinned up on my easel while I painted," Miró reported. In bold, flat colors that rejected the naturalistic modeling and perspective of seventeenth–century Dutch painting, Miró greatly accentuated some elements of Sorgh’s composition, the lute and the man’s head and ruffled collar in particular, while diminishing others.