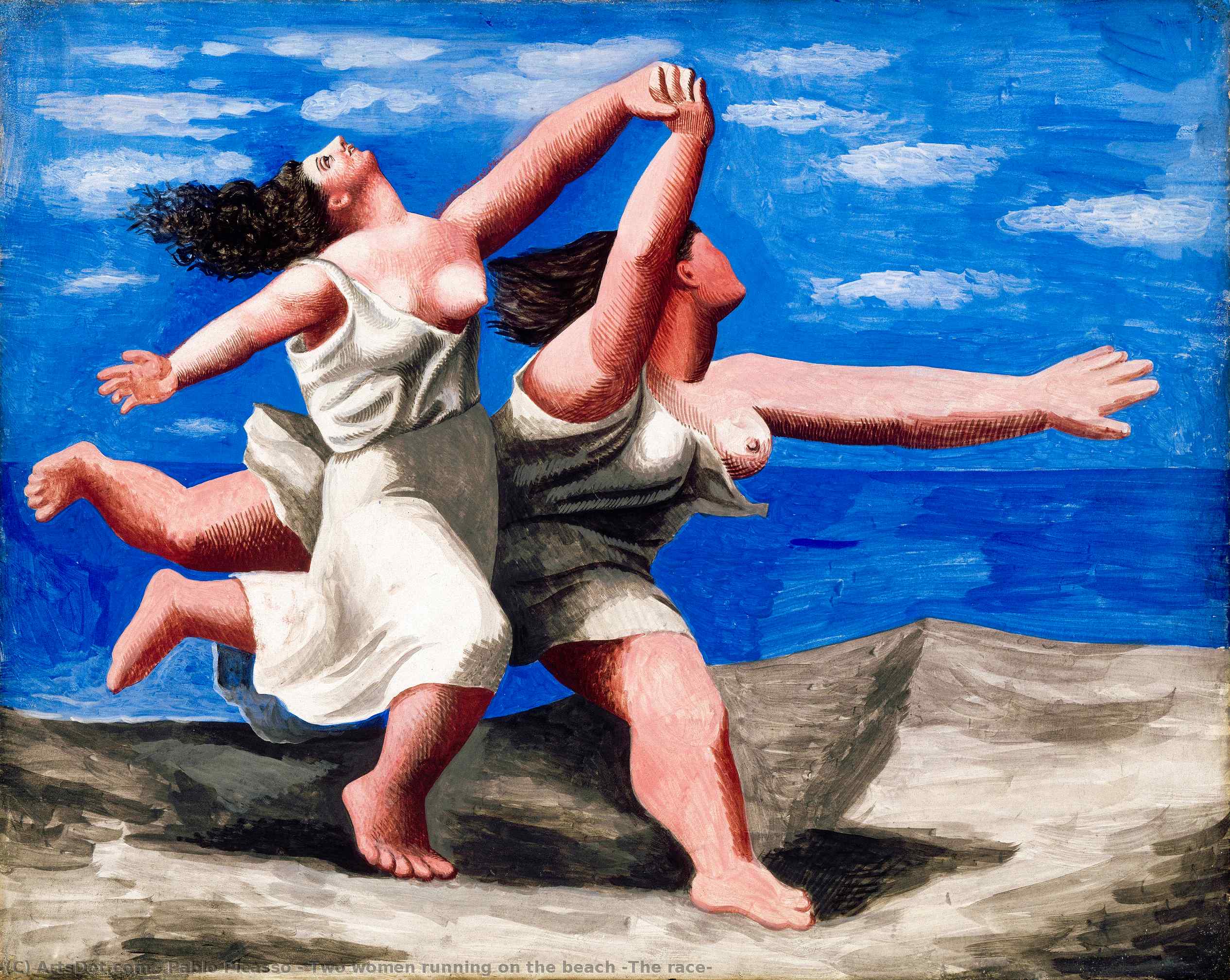 Two women running on the beach (The race)