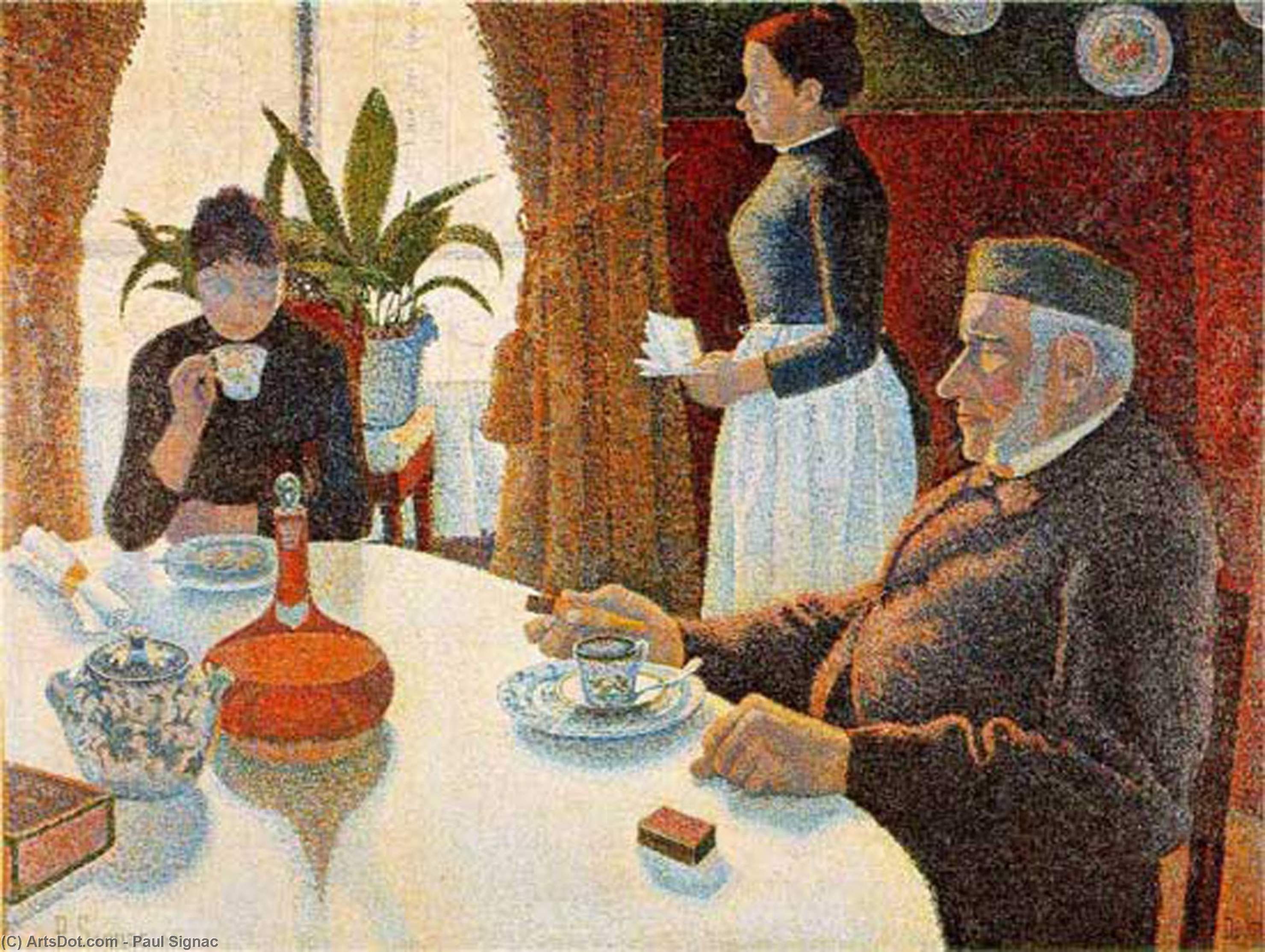 In Signac's Dining Room, the scene is backlit from a window, giving a dramatic light creating silhouettes and strong contrasts of light and shade. This type of lighting was used occasionally by Degas, but not by the Impressionists, who avoided such extremes of contrast. When sunsets were painted by them, for example certain of Monet's haystack series from 1890-1891, any shadows were brilliant with colored light, reflected from surrounding objects and the sky. In Signac's picture, the back lighting creates a strong sense of form and structure in the composition, a frozen solemnity which may be an ironic criticism of the formal, ritualistic quality of the middle-class life depicted. Form is created by gradations of color from pale tints to full saturation. Thus, the highlighted areas are shown as barely tinted or yellowish whites. These then pass through a series of minute gradations in which increasing amounts of local color are added until, in the darkest parts, almost pure saturation of the tube colors is reached. To darken the shadow hues without adding sullying black or earth colors, green and blue are mixed on the palette and juxtaposed next to purer blues. Effects of reflected color among the local colors are represented by additional dots of the appropriate hues. The careful gradation of tones applied in small dots gives a stiff, sculptural artificiality to the composition, whose color scheme is dominated by the complementary colors orange-yellow to blue-violet.