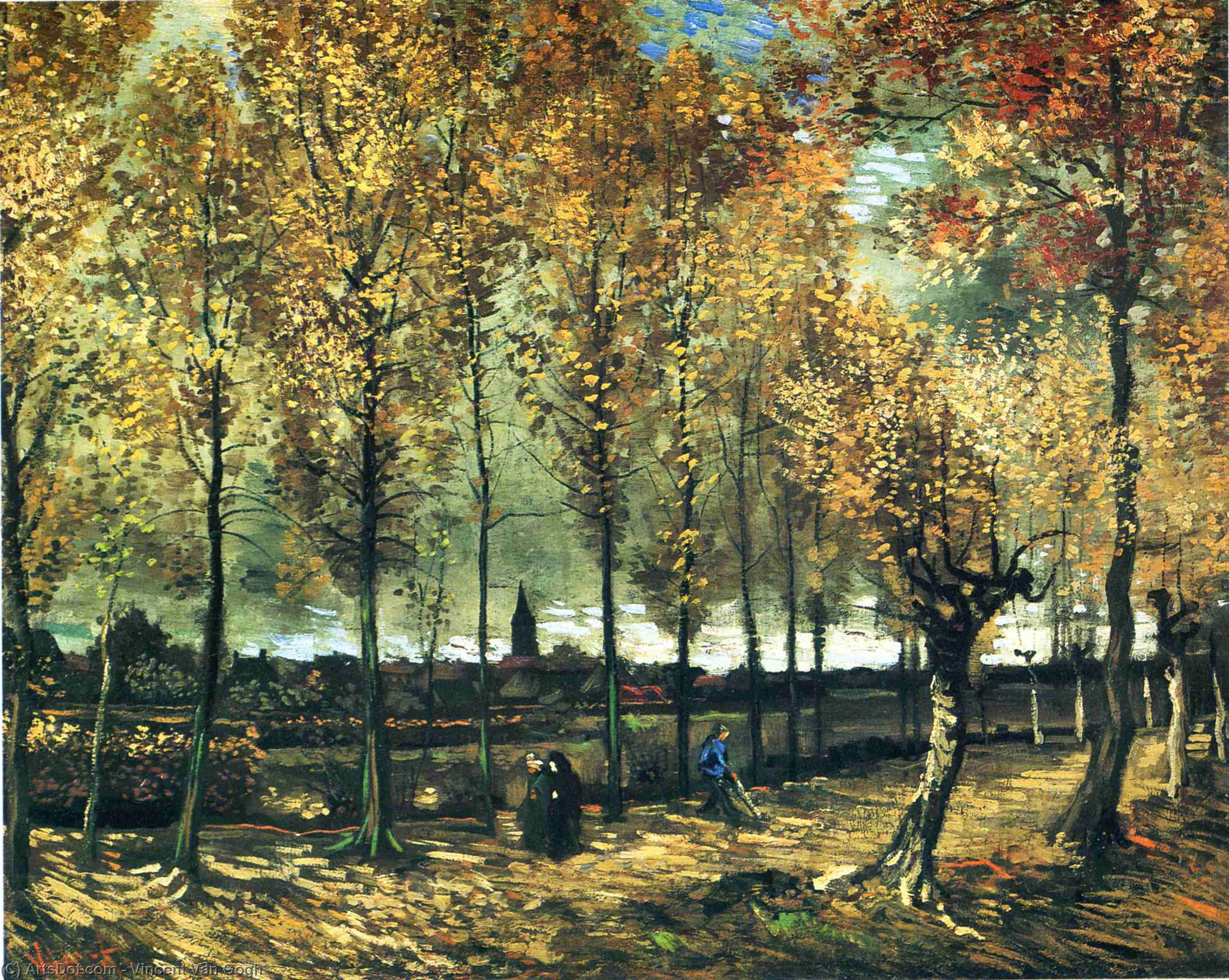 Lane with poplars near Nuenen

This landscape masterpiece, titled Lane with poplars near Nuenen is made by the famous artist, Vincent van Gogh using oil on canvas. It falls under the Realism style and was complete by van gogh in 1885. Vincent van Gogh was a Dutch post-Impressionist painter whose work, noteable for its rough beauty, emotional honesty and bold colour, had a far-reaching influence on 20th-century art. Although his work was then known to only a handful of people at his time and appreciated by fewer; he is one of the most recognised names in art today. He did not begin painting until his late twenties, completing many of his best-known works during the last two years of his life. In March 1886, he moved to Paris and discovered the French Impressionists. Later, he moved to the south of France and was influenced by the strong sunlight he found there. His work grew brighter in colour, and he developed the unique and highly recognisable style that became fully realised during his stay in Arles in 1888.