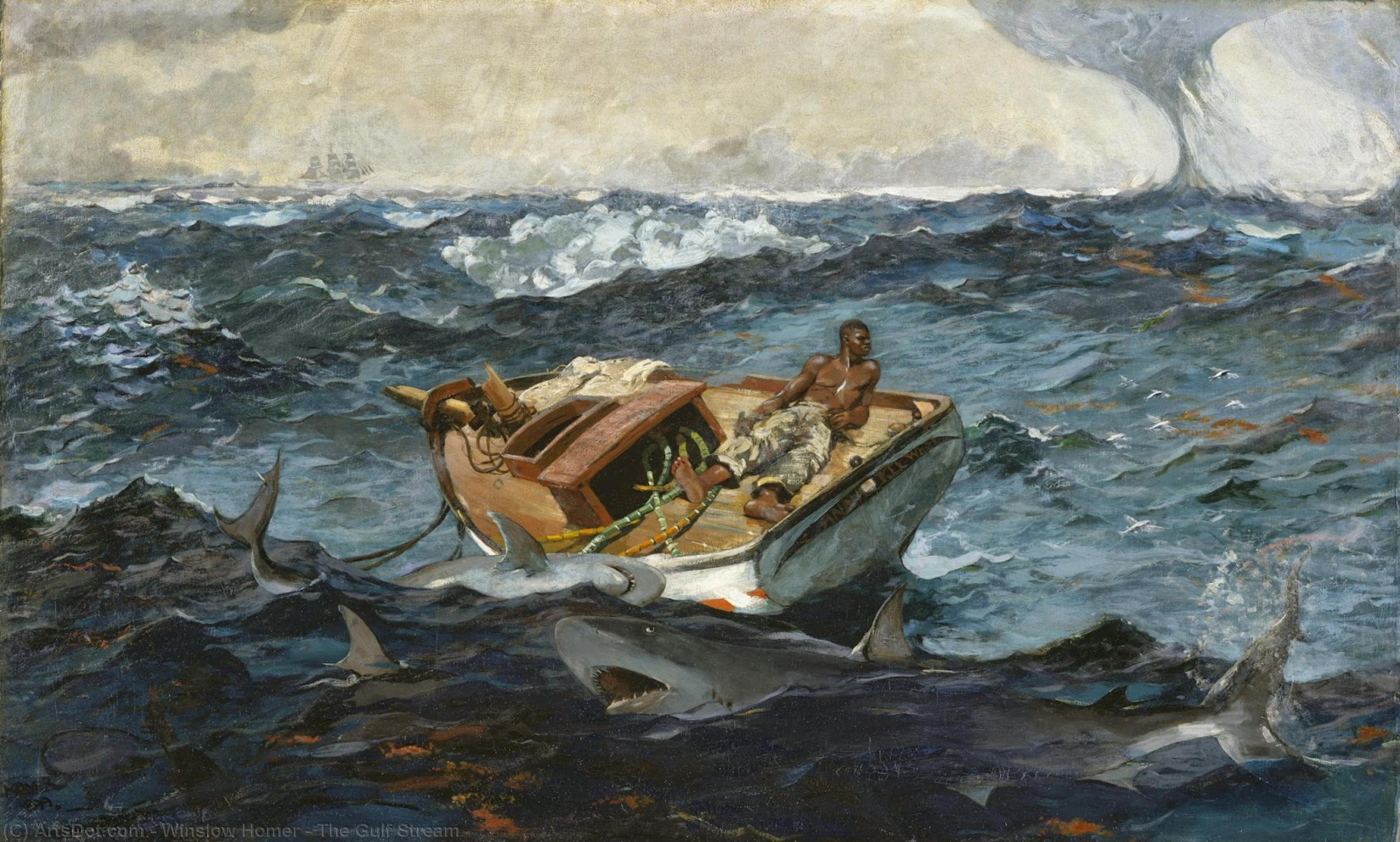 The Gulf Stream is an 1899 oil painting by Winslow Homer. It shows a man in a small rudderless fishing boat struggling against the waves of the sea, and was the artist's last statement on a theme that had interested him for more than a decade. Homer vacationed often in Florida, Cuba, and the Caribbean. Homer's intentions for the The Gulf Stream are opaque. The painting has been described as "a particularly enigmatic and tantalizing episode, a marine puzzle that floats forever in a region of unsolved mysteries." Bryson Burroughs, a onetime curator at the Metropolitan Museum, noted that it "assumes the proportion of a great allegory if one chooses". Its drama is of a romantic and heroic vein, the man stoically resigned to fate, surrounded by anecdotal detail reminiscent of Homer's early illustrative works.