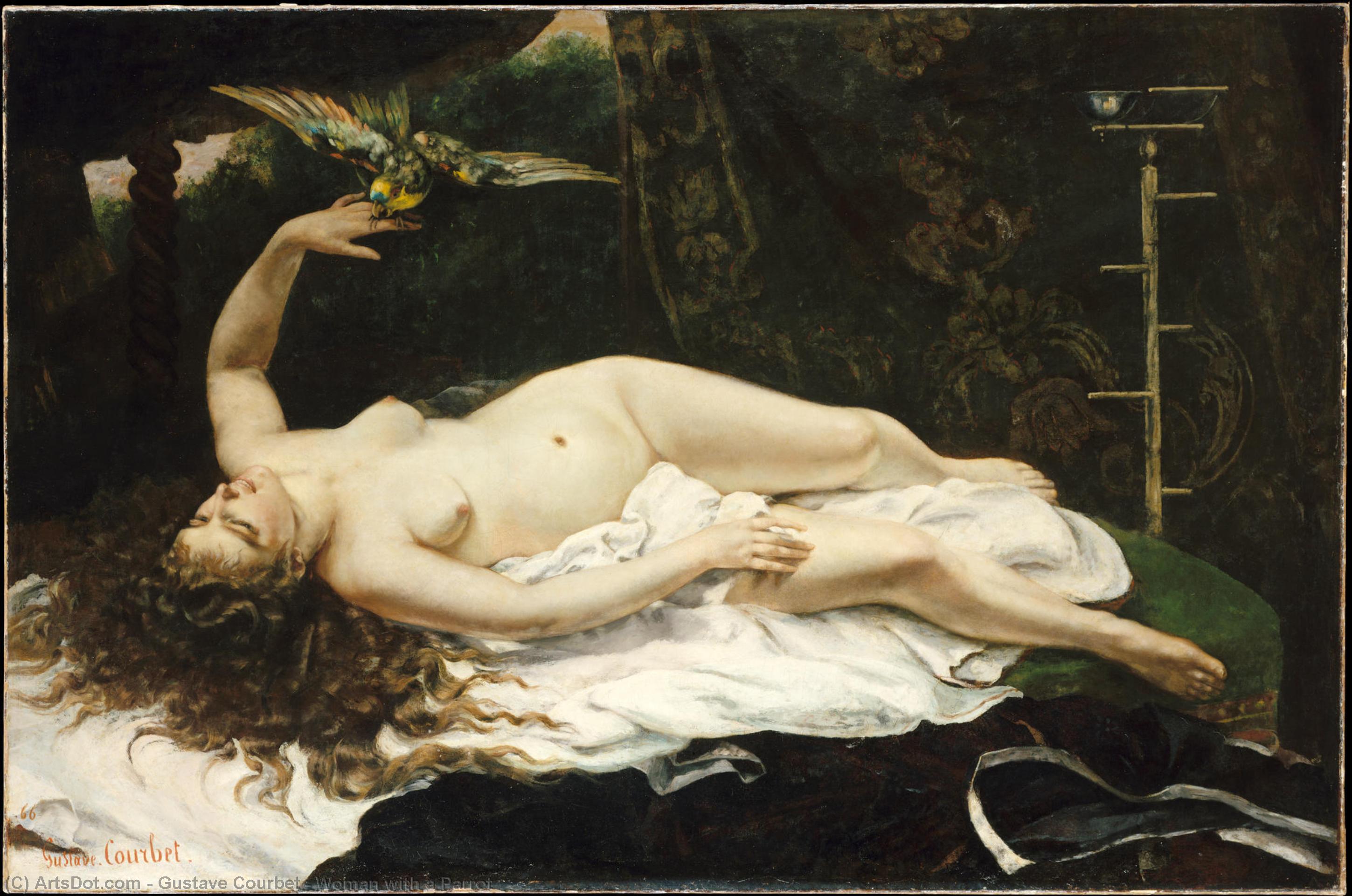 Woman with a Parrot

Galvanized by the success of Cabanel's Birth of Venus (Musée d'Orsay, Paris) at the Salon of 1863, Courbet sought to challenge the French Academy on its own terms with a painting of a nude that would be accepted by the increasingly rigid—and arbitrary—Salon jury. His first attempt, in 1864, was rejected on the grounds of indecency; however, two years later, his Woman with a Parrot was accepted for the Salon of 1866. While aspects of Woman with a Parrot—notably, the figure's pose and subtly modeled flesh tones—aligned it with academic art, viewers were shocked by the presence of the model's discarded clothing and disheveled hair. Jules-Antoine Castagnary, Courbet's great defender, however, praised the artist for representing a "woman of our time."