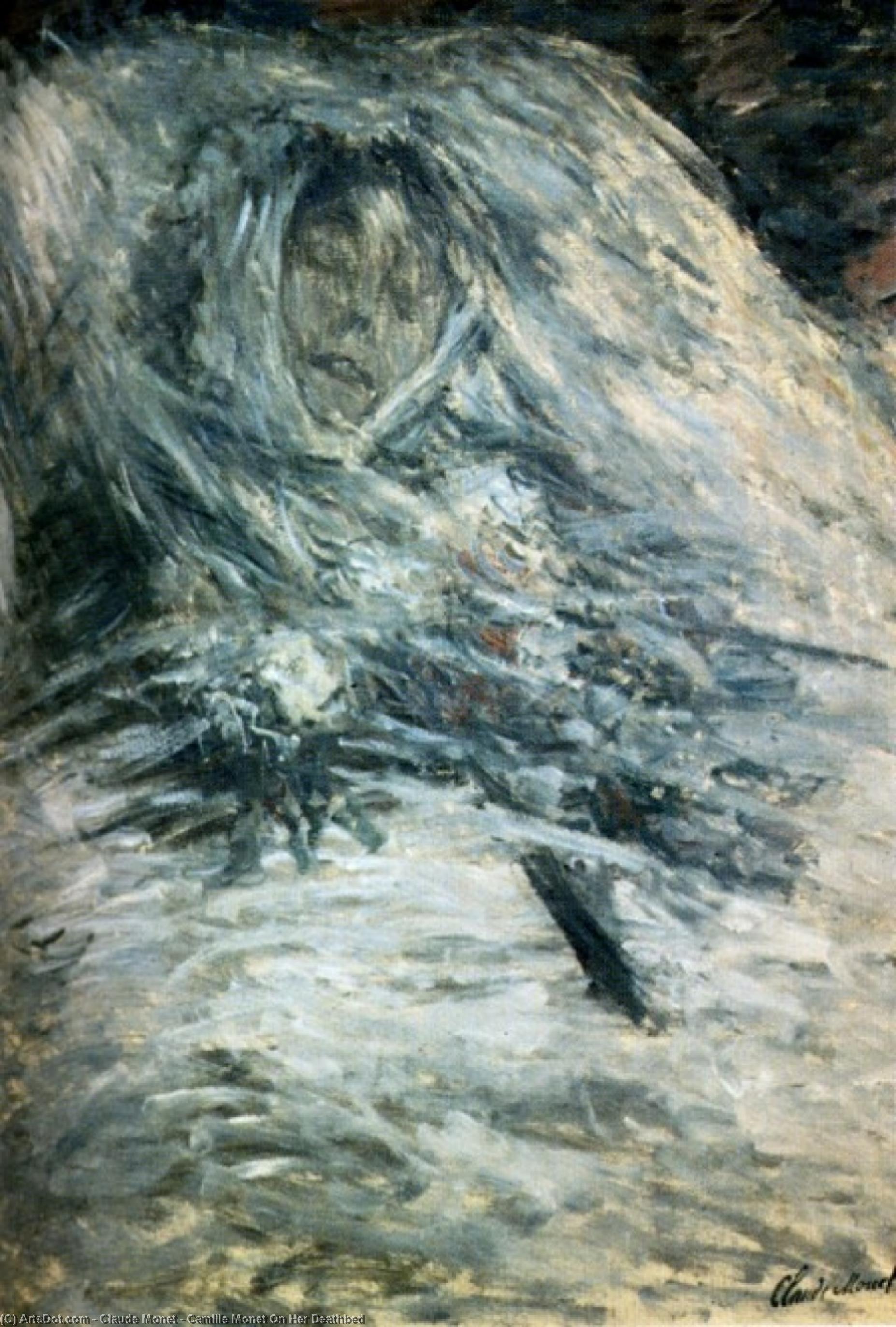 Camille Monet On Her Deathbed

Monet and Camille Doncieux had married just before the war (28 June 1870). and, after their excursion to London and Zaandam, they had moved to Argenteuil, in December 1871. It was during this time that Monet painted various works of modern life. Camille became ill in 1876. They had a second son, Michel, on 17 March 1878, (Jean was born in 1867). This second child weakened her already fading health. In that same year, Monet moved to the village of Vétheuil. On 5 September 1879, Camille Monet died of tuberculosis at the age of thirty-two; Monet painted her on her death bed.