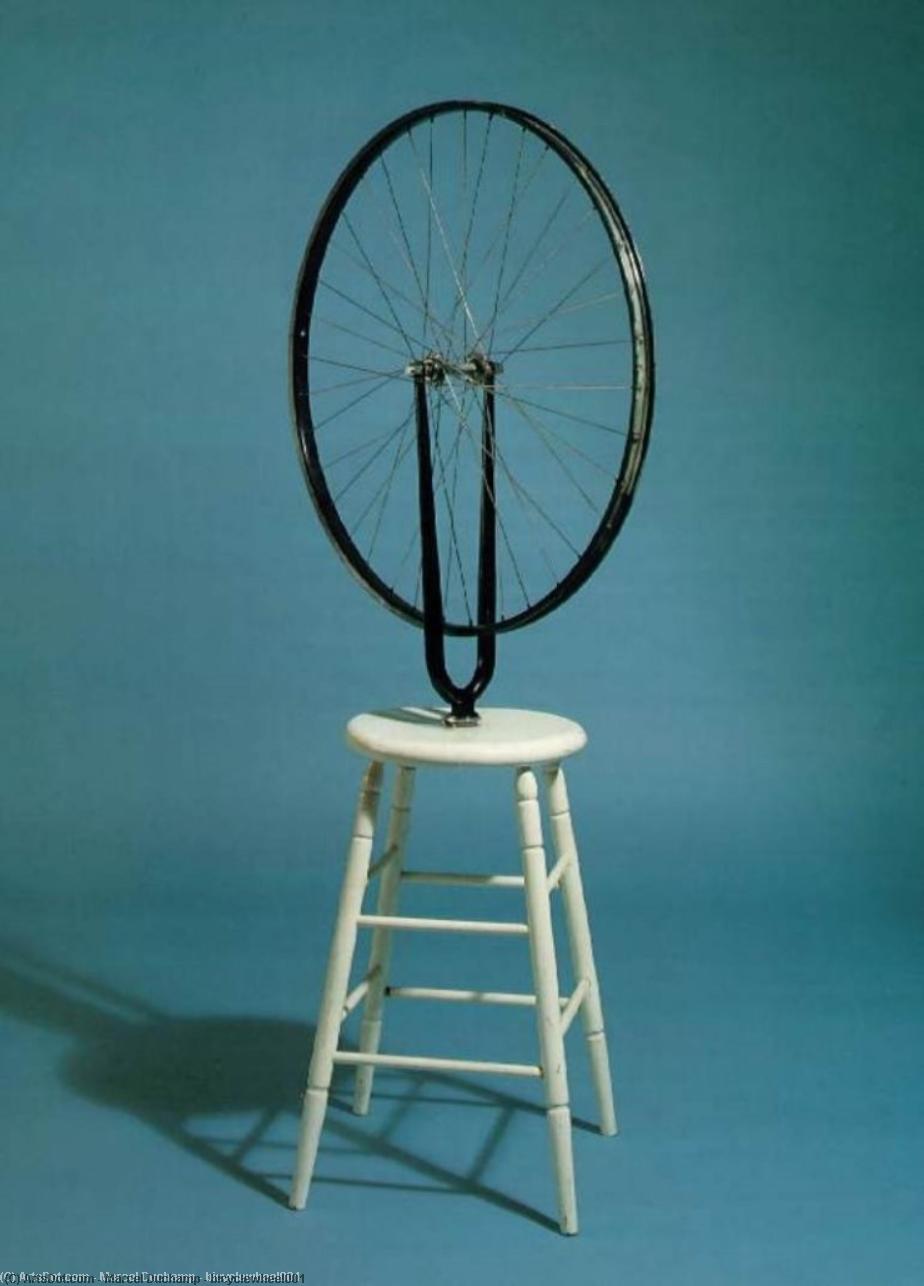 Bicycle Wheel is a readymade by Marcel Duchamp consisting of a bicycle fork with front wheel mounted upside-down on a wooden stool. In 1913 at his Paris studio he mounted the bicycle wheel upside down onto a stool, spinning it occasionally just to watch it. Later he denied that its creation was purposeful, though it has come to be known as the first of his readymades. "I enjoyed looking at it," he said. "Just as I enjoy looking at the flames dancing in the fireplace." It was not until he began making readymades a few years later in New York that he decided Bicycle Wheel was a readymade. The original from 1913 was lost, and Duchamp recreated the sculpture in 1951. Bicycle Wheel is said to be the first kinetic sculpture.