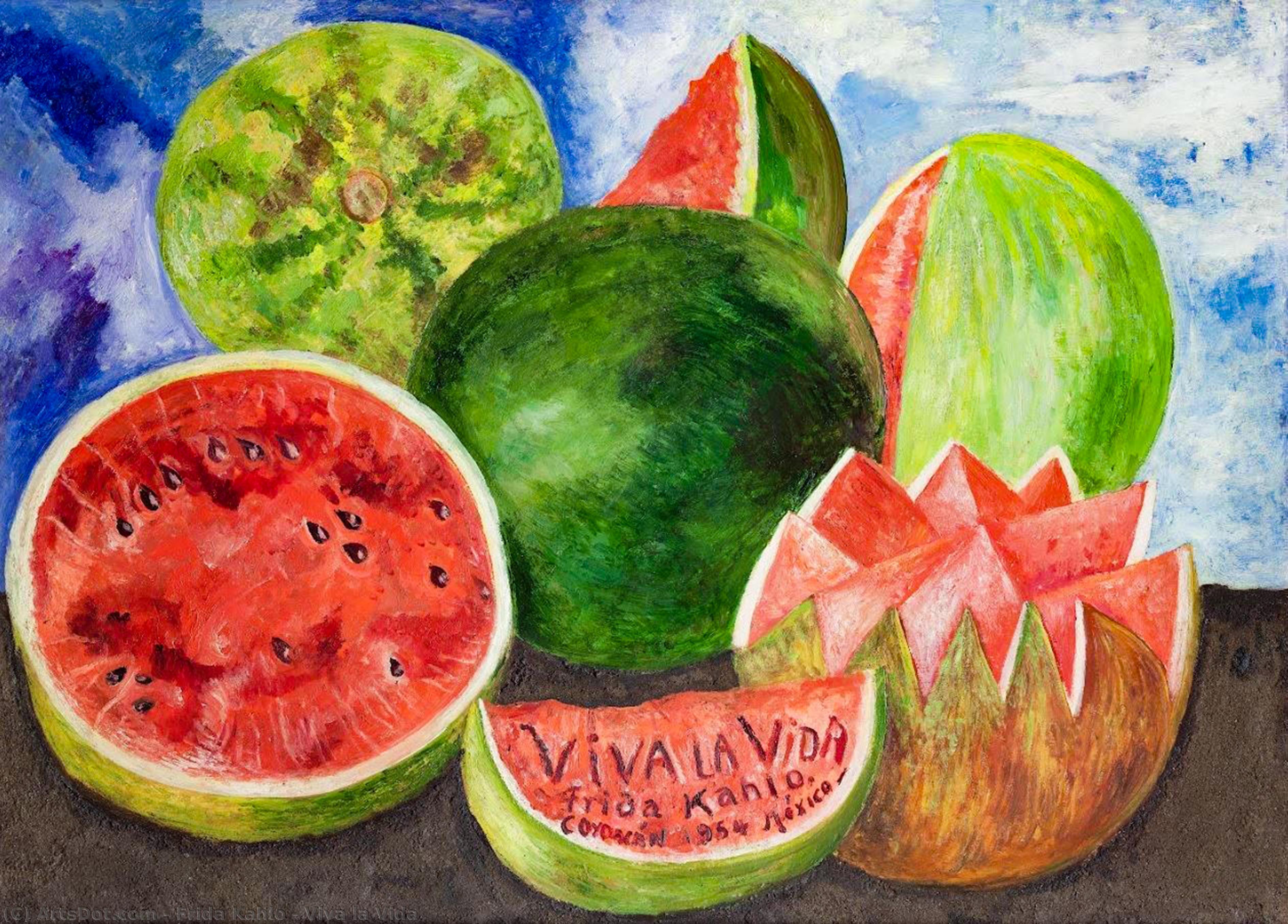 Personal tragedy struck in 1953, when due to complications her right leg was amputated below the knee. Kahlo’s last painting, which she completed shortly before she died, was a still life with watermelons. The watermelon in Frida’s painting has much meaning and is a frequent subject in Mexican art. It is a popular symbol in the holiday Dia de los Muertos (Day of the Dead) which commonly depicts watermelons being eaten by the dead or shown in close conjunction with the dead. Eight days before she died, she wrote her name, the date and the place of execution on the melon’s red pulp, along with the title “VIVA LA VIDA – Coyoacán 1954 Mexico”, in large capital letters: Long Life Life! Kahlo died in 1954, at the age of 47. She spent her life in pain, and wrote in her diary a few days before her death that she hoped ‘the exit is joyful, and I hope never to return’.